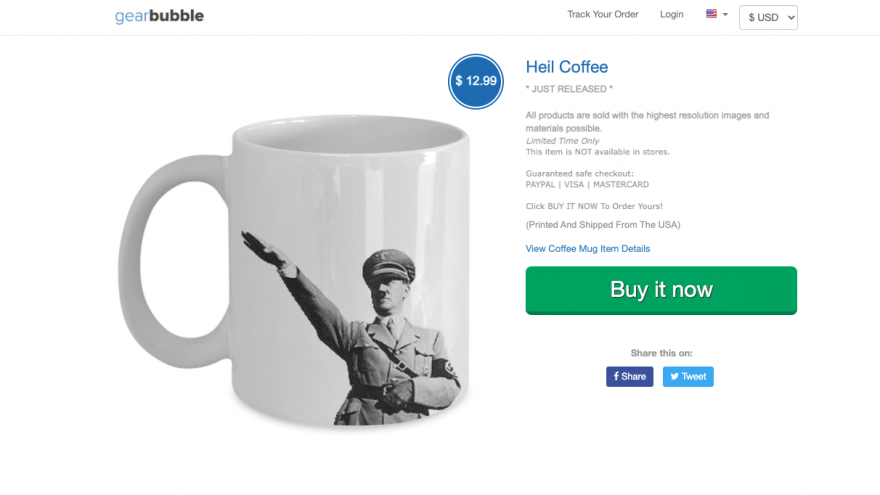 (April 6, 2021 / JNS) An e-commerce platform has continued to sell merchandise that promotes racism, anti-Semitism and white supremacy after being asked to remove the items from its website.

The website currently has available for sale various mugs, pillowcases and apparel that feature Adolf Hitler, the Nazi “death’s head” symbol, swastikas, “Heil Hitler” insignias, the neo-Nazi black sun and white-power symbols, as well as other neo-Nazi and fascist symbols.

One T-shirt has an image of “baby Hitler” while another has the face of U.S. President Joe Biden slightly morphed to resemble the Nazi leader. Other items feature quotes from Hitler and many different types of merchandise showcasing a fictional character called “Moon Man,” which has been appropriated by white supremacists and favored by the alt-right since the 2000s, according to the Anti-Defamation League. 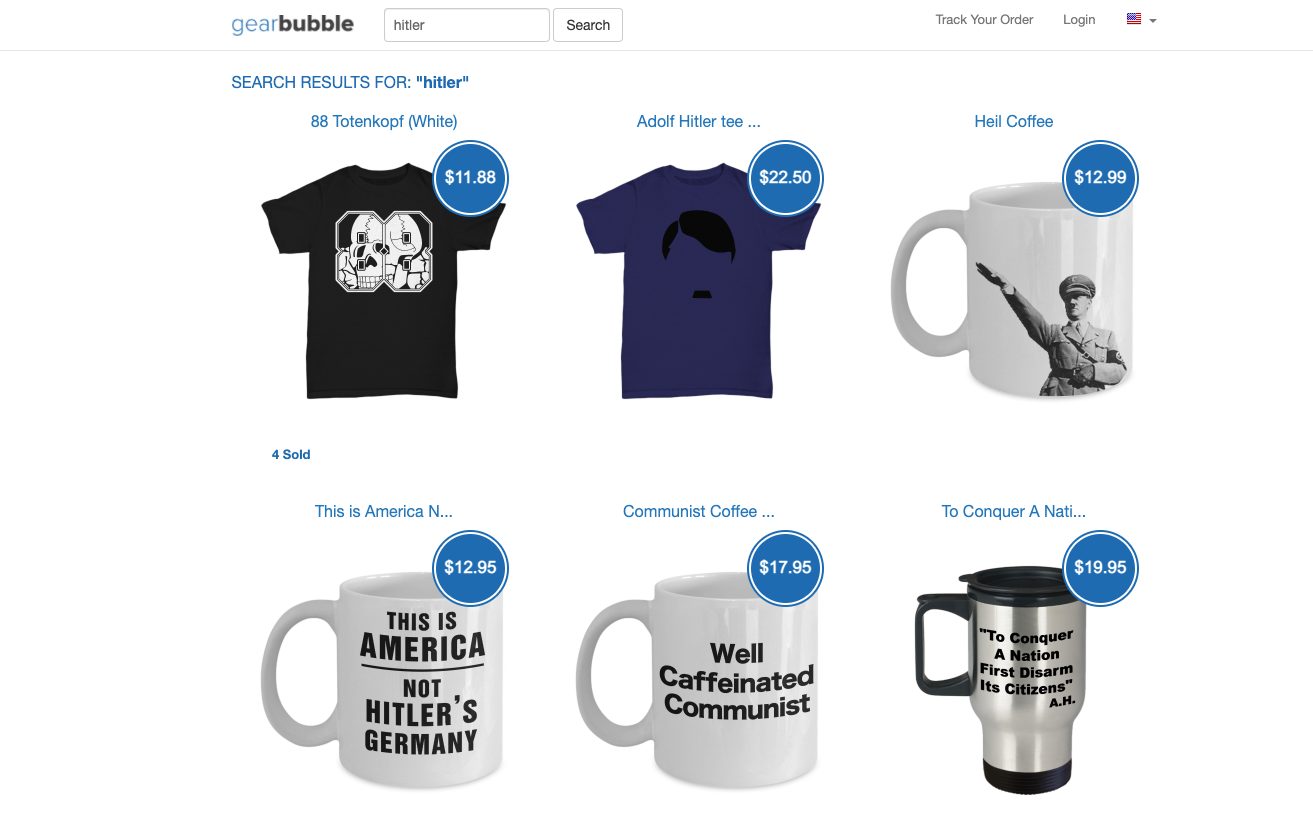 The Counter Extremism Project (CEP), a nonpartisan advocacy organization, was the first to notice the anti-Semitic and racist items. CEP wrote a letter to GearBubble CEO Donald Wilson on Feb. 4, informing him of the merchandise and asking GearBubble to suspend the accounts that posted the objects.

In the letter, CEP noted that the items violate Gearbubble’s terms and conditions, which state that nothing can be posted on the website that is “false, defamatory, misrepresenting, infringes on any other entity’s intellectual property or would interfere with or restrict any other user from using the site. This includes, but is not limited to, posting anything unlawful, obscene, libelous, indecent, invasive of privacy, intellectual property infringement or anything that would cause the potential for civil liability or criminal charges.”

More than two months later, CEP still has not received any response from GearBubble. The items remain listed online.

“Anti-Semitism continues to be a pervasive threat, and T-shirts and coffee mugs that feature neo-Nazi symbols and Hitler icons make this danger clear,” CEP executive director David Ibsen told JNS. “By allowing these materials to remain for sale on its site, GearBubble allows for the spread of anti-Semitism and helps those who promote it to profit from such hateful ideologies. If GearBubble was truly committed to upholding its own guidelines, it should permanently suspend the relevant accounts with immediate effect and correct the clear and obvious flaws in its reporting system that have allowed these items to remain available for sale.”

GearBubble did not respond to a request for comment on the issue.