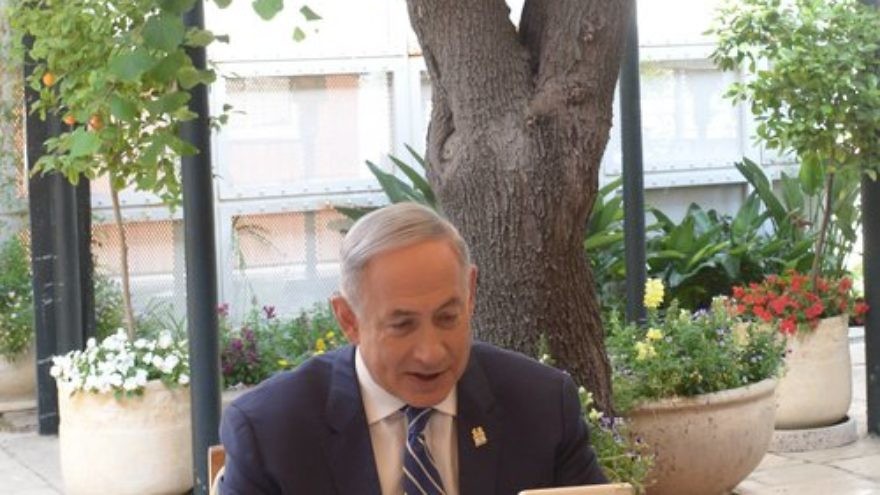 Galvanized by common threats by Iran and Islamic extremism, Israel and the its fellow Sunni Muslim Arab states have seen an unexpected warming in relations in recent years. However, despite public and closed-door cooperation, Israel still remains deeply unpopular among the so-called “Arab street.”

Ofir Gendelman, Netanyahu’s spokesman for the Arab media, told JNS.org in recent years “Israel has become a powerhouse of public diplomacy directed at the Arab world.”

“Israeli officials are now regularly interviewed on main Arab TV channels and Israeli pundits offer there their insights,” he said, adding that Israel is also active on social media in Arabic. With the aid of Arabic language spokespeople in the Prime Minister’s Office, the Foreign Ministry, and the IDF, there are millions of followers on the Arabic Facebook and Twitter accounts.

Yet, despite these efforts, years of anti-Semitic and anti-Israel messaging by Arab governments are sometimes difficult to overcome.

“The reactions we are getting are varied: some curse and make threats, as this is a main characteristic of discourse on social media in the Arab world,” Gendelman said. “But a lot of Arabs from the region show positive interest in Israel.”

Netanyahu, speaking at an event earlier this month hosted by the Israeli Foreign Ministry, noted the current shift in Arab sentiment towards Israel is more profound today than the improved relations seen following the 1993 Oslo Accords with the Palestinians and the 1994 Israeli peace treaty with Jordan.

“What’s happening now with the Arab bloc states has never before happened in our history—even when we signed agreements,” Netanyahu said, Israel’s Channel 2 reported. “What we have now is greater than anything else during any other period in Israel’s history.”

Despite the positive trend, many of Israel’s Arab neighbors have yet to engage in direct relations with the Jewish state. Further, the prime minister chided the Palestinians for not following the regional trend of rapprochement with Israel.

Gendelman said Netanyahu’s statement that relations between Israel and the Arab states are improving, mainly under the surface, “is reflected in a growing number of positive articles about Israel that were published in various Arab newspapers.”

Gendelman is also active on social media, his twitter account, which posts in Arabic and English, has over 46,000 followers.

“Hostility towards Israel is still widespread in the Arab world but Israeli public diplomacy in Arabic can give the Arab digital generation the truth about Israel and its people,” he added.

How should Israel carry out an effective Arab PR strategy?

The Israeli government needs to look at the big picture and take a comprehensive approach to anti-Israel and anti-Semitic sentiment in the Sunni Arab world, said Ariel Cohen, a senior fellow at the Atlantic Council think tank and director of the Center for Energy, Natural Resources and Geopolitics at the Institute for Analysis of Global Security in Washington.

“Israel has not developed an effective hasbara (public relations in Hebrew) strategy regarding anti-Israel and anti-Semitic attitudes both in the Arab world and in the West,” asserted Cohen, who has over 25 years of experience in strategic communications.

“It is absolutely vital to identify credible opinion leaders and work with them incessantly and systematically to promote a positive and friendly image of Israel for the Arab elites and the street,” he added.

Social media and traditional media are particularly important in that regard, and more openings exist, as central controls of the 20th century state-run propaganda are getting weaker, he explained.

“Strategically deepening, legalizing, and formalizing relationships with the Sunni states, and not allowing them to keeping relations ‘in the closet’ is extremely important for the legitimacy and long-term survival of Israel in the Middle East,” Cohen said.