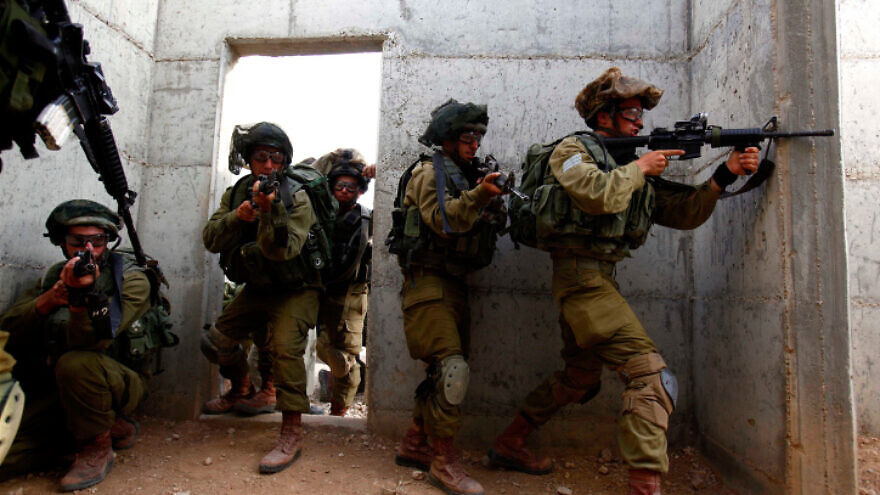 (June 23, 2022 / Israel Hayom) Israeli forces were forced to drag protesters away from a live-fire training area in the Hebron Hills region in Judea and Samaria on Wednesday.

Video footage of the troubling incident was later posted to the Twitter account of “Torat Lehima,” a right-wing organization whose stated purpose is “disseminating Judaism and Torah to youth to strengthen and encourage motivation for military service.”

In the video, soldiers could be seen dragging the activists off in order to continue their training exercise.

The incident was the latest in a string of clashes over a live-fire training area that has been seized by Bedouin squatters. The area, called “Firing Range 918” by the Israel Defense Forces, is referred to by Palestinians as “Masafer Yatta.”

The land was declared a military firing range in the 1970s, and in 1999 most of the residents of the area received eviction notices. Bedouin have remained in the area for the past 22 years, however, despite demolitions of illegally built homes and infrastructure. Around one month ago, Israel’s High Court of Justice authorized the expulsion of some 1,000 Bedouin residents from the area.

The High Court’s decision was swiftly denounced by the European Union.

This week, the IDF launched a training exercise in the area that is expected to last about a month. Far-left demonstrators, as stated, confronted the soldiers with the aim of disrupting the exercise.

B’Tselem, a far-left organization that is spearheading the protests, said IDF soldiers placed cardboard targets on cars and other property belonging to the Bedouin residents of the area and then instructed them to remain inside their homes.

Torat Lehima was outraged over the filming of the exercise.

“A firing range in the Hebron Hills, an IDF training exercise; radical left-wing activists and Arab rioters blocking armored vehicles and stopping a military drill. They even dare attack soldiers and no one is arrested. These provocations harm national security and the IDF’s readiness for war, and the soldiers don’t have the means to contend with them,” the organization said in a statement.