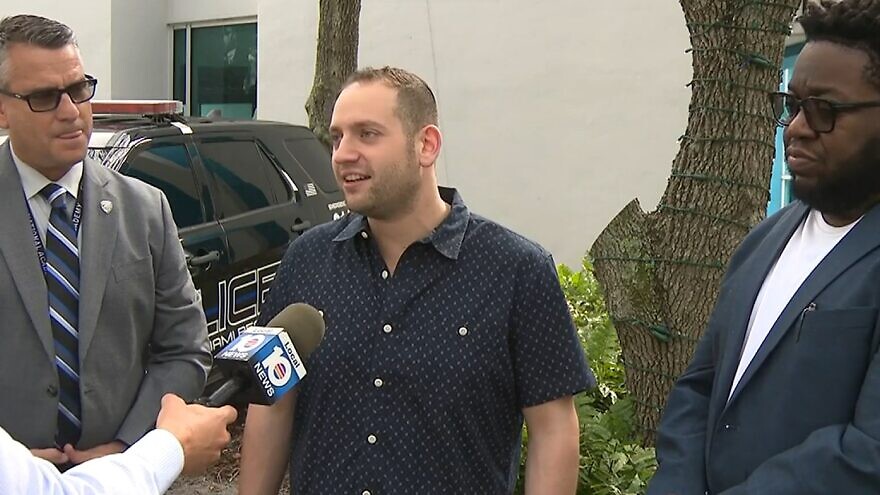 Yehuda Topper, who served in the New York City Police Department for five years before relocating to Florida, told reporters before his swearing-in ceremony at the Senator Gwen Margolis Amphitheatre on Thursday evening that he will continue to observe Shabbat while protecting North Miami Beach, which has a large Orthodox Jewish community.

Topper previously served as a paramedic and emergency medical technician (EMT) for the New York City Fire Department and Midwood ambulance service in Brooklyn, N.Y., according to The Yeshiva World. He reportedly completed the Florida Law Enforcement Equivalency program at Palm Beach State College, where he finished top of his class.

Arthur Sorrey, the city manager of North Miami Beach, Fla., said the historic hiring of an Orthodox Jewish police officer is “a big deal for us … it’s something that took a lot of teamwork from all of us here to pull it off.”

Richard Rand, the chief of the North Miami Beach Police Department, added: “The manager has definitely seen that we need officers who represent our community.”