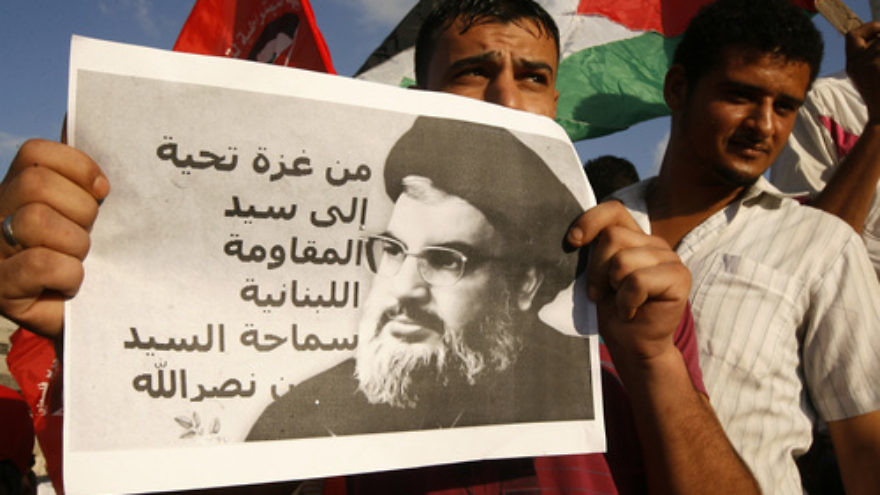 (July 17, 2015 / JNS) Beyond the recently reached nuclear deal’s implications for Iran’s nuclear program itself, much of the fear about the agreement centers on how the substantial sanctions relief it provides to the Islamic Republic might open the floodgates to increased Iranian exporting of terrorism.

Barring an override (two-thirds of both the House and Senate) of a presidential veto of the deal’s rejection by the U.S. Congress—if Congress even nixes the deal to begin with—the agreement is likely to be implemented. In exchange for Iran scaling back or transforming the operations of its nuclear plants and limiting nuclear enrichment, among other key stipulations, international financial sanctions that are currently placed on the Islamic Republic will be gradually phased out. Many critics fear that this economic boost to Iran will give the country more chances to fund terror groups like Hezbollah and Hamas, while taking other actions to further destabilize the Middle East. A January report by the Congressional Research Service noted that about $100 billion in hard currency is currently inaccessible by Iran due to the compliance of foreign banks with American-imposed sanctions. Other estimates point to a figure as high as $150 billion.

“It is clear to me that the sanctions will be thoroughly gutted,” Jonathan Schanzer, a former terrorism finance analyst at the U.S. Department of the Treasury and vice president for research at the Foundation for the Defense of Democracies think tank, told JNS.org.

“There will be little way of financial pressure that the U.S. and its allies will have after the implementation of the deal,” and there is “no way to assure the public that Iran will not spend that money on terrorism or destabilizing the region,” said Schanzer.

Making matters worse, Schanzer explained, “the banking system is about to relax its sanctions against Iran, so they will be allowed back onto the SWIFT financial messaging system,” referring to the international telecommunications system that enables financial institutions worldwide to send and receive information about transactions.

“The Central Bank of Iran will be delisted so the channels for moving those funds to dangerous actors will be cleared,” Schanzer said.

Israeli Prime Minister Benjamin Netanyahu, who has already expressed vociferous concern that Iran is not trustworthy enough to abide by the deal, has said that the lifting of sanctions will allow billions of dollars to flow toward Iran’s “terror and war machine that threatens Israel and the entire world.”

A major component of the narrative on Iran has been its providing of training, funding, and weapons to terror groups such as Hezbollah, Hamas, and Islamic Jihad, as well as to the regime of Syrian President Bashar al-Assad. New Jersey attorney Stephen M. Flatow recalled that when he sued Iran in 1998 for the murder of his daughter, Alisa Flatow, by the Palestinian terrorist group Islamic Jihad in 1995, he was able to “introduce evidence, under seal, in other words not released to the public, that Iran was funding Islamic Jihad.”

During the Flatow trial, an expert on Iran testified that the Iranians specifically budgeted money to support terror attacks in Israel.

“The goal of our lawsuit was to make it financially unprofitable for Iran to continue to support terrorists. We believed that if you hit the Iranians in the pocketbook with large payouts and many of them, they’d get out of the terror business,” Flatow told JNS.org.

Flatow eventually won a judgment of $247 million from Iran in a landmark ruling, but has never collected any of that sum directly from the Islamic Republic. Instead, his family recovered $25 million via legislation that was worked out with former president Bill Clinton’s administration. The rest of the judgment, he said, remains unpaid and will likely be impossible to enforce.

“Unfortunately, our own government began to protect Iranian assets and blocked the kinds of seizures that we hoped would get Iran’s attention,” he said. “That allowed Iran to continue its funding of terrorism. Now that billions of dollars will be released to Iran [in the nuclear deal]… the country’s coffers will be refilled and more money can be spent supporting terrorists such as Islamic Jihad and Hamas.”

In an interview with The Atlantic in May, President Barack Obama attempted to dismiss the argument that sanctions relief will immediately mean billions of extra dollars for Iranian-backed terror groups.

“The question is, if Iran has $150 billion parked outside the country, does the IRGC (Iranian Revolutionary Guards Corps) automatically get $150 billion?” Obama rhetorically asked, referring to Iran’s military. “Does that $150 billion then translate by orders of magnitude into their capacity to project power throughout the region?”

Dr. Hooshang Amirahmadi, a professor of planning and public policy at New Jersey-based Rutgers University and a candidate in Iran’s 2013 presidential race, made a similar point on the funding issue. He said that “most people misunderstand, or don’t want to acknowledge, that the [sanctions relief] money they are talking about is Iran’s money. This is not gift. This is Iran’s money held in [foreign] banks.”

Another misunderstanding, Amirahmadi told JNS.org, is the concept “that there’s a check that tomorrow that will be returned to Iran for $100 or $150 billion to the Iranian government, and the Iranian government will take it, put in a bank account and start writing checks” to terror groups. In reality, he said, the money will be gradually released and allocated toward a budget.

“Most likely, the military will get most of [this money]. In the Iranian budget as we speak, about 34 percent of it goes to the Revolutionary Guards and others in the military. And then the rest will go to social programs, economic programs, and so on… As we speak, [Iranian] public employees have not been paid for a long time, so the Iranian government owes the people a lot of money,” Amirahmadi said.

Yet “given the Iranian system, a lot of this money… will end up in the pockets of people who are corrupt, who are already millionaires,” he added.

Amirahmadi acknowledged that Iran will probably give some of these funds to entities it considers “friends” in the region, like Hezbollah or Assad, whose civil war-ridden country just received a $1 billion credit line from the Islamic Republic. “There’s no question about it,” he said, though cautioning that the funds are likely to amount to “a few billions, not a hundred billion.”

“So Iran, like any other regime, is going to put some of this money in its defense operations, and the operations of its friends in the region,” he said. “That is expected and it should be understood… The fact is, other countries are doing exactly the same thing like Saudi Arabia, other Arab nations, and non-Arab nations. … From an Iranian perspective that is a legitimate way of spending their money. From a Western perspective it is not.”

Obama, meanwhile, has claimed that the Iranian people expect President Hassan Rouhani and Supreme Leader Ayatollah Ali Khamenei to use the sanctions relief to improve the country’s economy. The American president added that Iran has continued to provide support for Hezbollah and the Shi’a Houthi rebels in Yemen “despite sanctions.”

Nevertheless, Schanzer argues that even if only 10 percent of the sanctions relief is used by Iran for bankrolling terror, that is still billions of dollars, which is a “staggering sum and a very good reason why Hamas, Islamic Jihad, Hezbollah, Syrian President Bashar al-Assad, and the Houthis in Yemen are all salivating over this deal.”