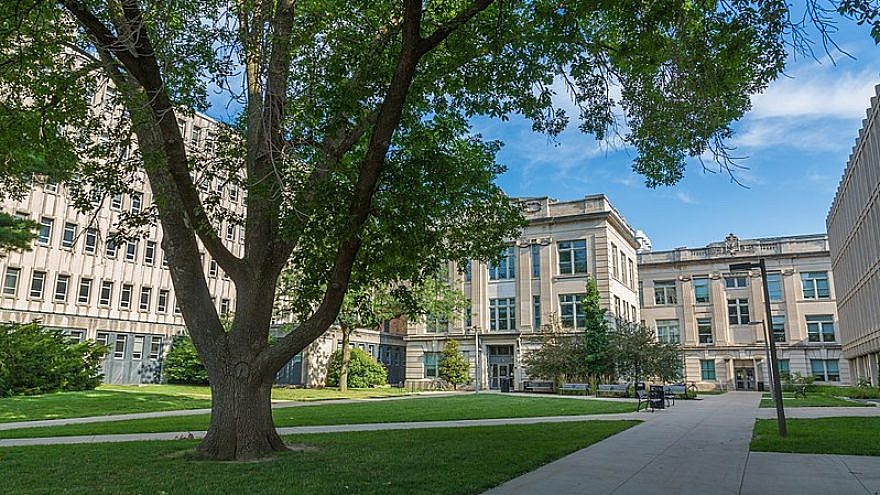 (March 10, 2020 / JNS) The former Hillel director in Iowa City, Iowa, who also served students at the nearby University of Iowa, was convicted last week with second-degree sexual abuse of a minor.

David Weltman, 29, originally of Skokie, Ill., was found guilty on March 5 by a jury, which deliberated for about an hour-and-a-half, of sexually abusing a child at the Hillel House in Iowa City sometime between Feb. 1 and March 31 while he was teaching a 9-year-old boy Hebrew, according to an Iowa City Police complaint.

Weltman didn’t take the stand during the three-day trial, saying that it was his, and not his attorney’s, decision to not testify.

Weltman will remain behind bars until his sentencing on April 27. He faces up to 25 years in prison.

The minor told police that Weltman picked him up and carried him to a room, where he was groped.

A former acquaintance told police that during their investigation, Weltman acknowledged to being sexually attracted to boys between 7 and 12 years old.

Weltman joined Iowa Hillel in July 2016 and was listed on social media as working there through this summer.

In response to Weltman’s conviction, Hillel International vice president of communications Matthew Berger provided JNS the same reaction as when Weltman was arrested and charged in September.

“Hillel International and Iowa Hillel took immediate action when we were made aware of the allegations against Mr. Weltman by law enforcement, placing him on administrative leave,” said Berger. “He is no longer an employee of Iowa Hillel and we are cooperating fully with the police investigation.”

“It pains us greatly to hear of these allegations, as the safety of our students and community members is Hillel’s top priority,” he continued. “Hillel is here to support the Jewish community at the University of Iowa during this difficult time, and we urge any student who needs support to reach out to us or directly to University Counseling Services.”