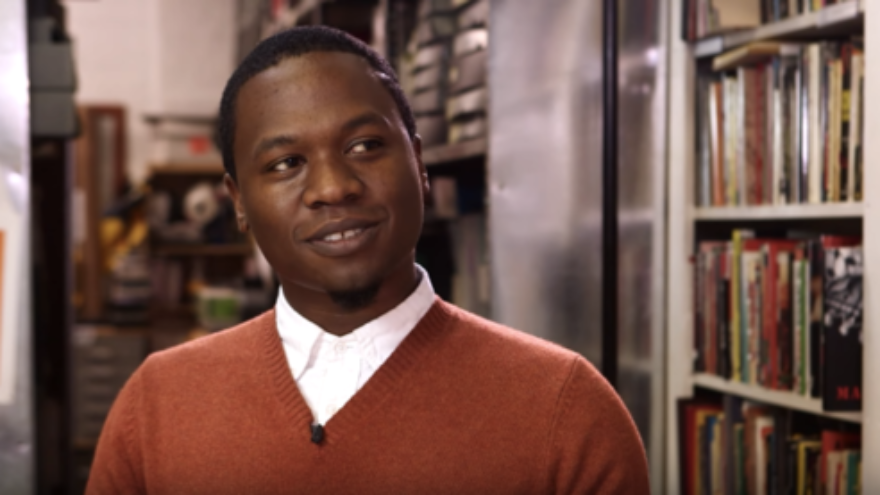 Thompson, who was fired as a reporter for The Intercept, allegedly made threats to exact revenge against a woman who had ended a romantic relationship with him, according to law enforcement officials. Thompson has also been charged with cyberstalking.

According to law enforcement, Thompson does not appear to be behind the robocalls against dozens of Jewish community centers (JCCs) nationwide, which are still the subject of an active FBI investigation.

“Thompson’s alleged pattern of harassment not only involved the defamation of his female victim, but his threats intimidated an entire community,” FBI Assistant Director-in-Charge William F. Sweeney Jr. said in a statement.

Thompson worked as a reporter for The Intercept—a center-left online news website started in 2014 by eBay founder Pierre Omidyar—from November 2014 to January 2016, when he was fired for fabricating sources and quotes in his stories, according to a statement Friday by The Intercept.

“We were horrified to learn this morning that Juan Thompson, a former employee of The Intercept, has been arrested in connection with bomb threats against the ADL and multiple Jewish community centers in addition to cyberstalking,” the statement said. “These actions are heinous and should be fully investigated and prosecuted. We have no information about the charges against Thompson other than what is included in the criminal complaint.”

The ADL said that Thompson was being tracked by its Center on Extremism, “which had followed his past activities, including his deceptive and at times false reports for a news website about Dylann Roof, the perpetrator of the church shooting in Charleston, S.C. Most recently, Thompson allegedly announced in November 2016 that he was running for mayor of St. Louis, to ‘fight back against Trumpian fascism and socio-economic terrorism.’ Thompson also claimed that he wanted to dismantle the system of ‘racial supremacy and greedy capitalism that is stacked against us.’ He created a GoFundMe page to raise $5,000 for his ostensible election bid. He got $25. He has tweeted various rants against white people, calling them ‘trash’ and saying they ‘have no shame.’”

Thompson, according to the ADL, allegedly “emailed ADL’s midtown Manhattan office Feb. 21, indicating that his former girlfriend was ‘behind the bomb threats against Jews. She lives in NYC and is making more bomb threats tomorrow.’ The following day the ADL received a phone call claiming that explosive material had been placed in the building.”

New York City Police Commissioner James O’Neill said that Thompson “caused havoc, expending hundreds of hours of police and law enforcement resources to respond and investigate these threats. We will continue to pursue those who pedal fear, making false claims about serious crimes.”

Thompson has been accused of making threats during the last month against the ADL offices in New York, a Jewish history museum in New York, and JCCs and Jewish schools in New York, Michigan, Texas and California.

More than 100 bomb threats against Jewish institutions have been made since the beginning of the year, according to the JCC Association of North America. The most recent wave of bomb threats occurred Feb. 27.

Also Friday, Jewish leaders met with FBI Director James Comey to discuss the range of threats against Jewish institutions in the past two months. The discussion included the current situation and potential strategies for future collaboration, the organizations that attended the meeting reported.

Representatives from the Jewish groups “left with the highest confidence that the FBI is taking every possible measure to resolve the matter as quickly as possible,” said Stephen M. Greenberg, chairman, and Malcolm Hoenlein, executive vice chairman, of the Conference of the Presidents of Major American Jewish Organizations.