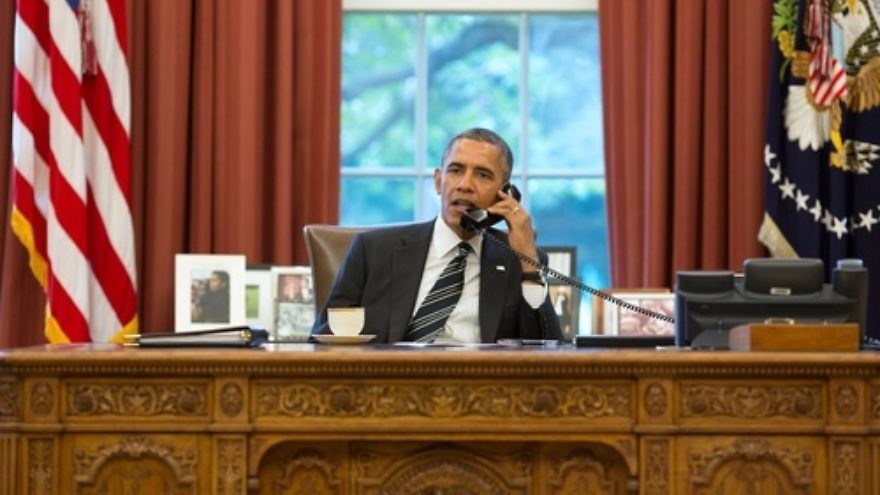 Israel’s prime minister has called the latest terrorist attacks “an act of war.” He called the attackers “barbarians,” vowed to wage a war of “no mercy” against them, and ordered bombing strikes on “terrorist training camps,” even though they were located adjacent to medical clinics, a museum, and a soccer stadium.

Remarkably, neither the Obama administration nor the United Nations condemned Israel’s strong response to the terrorists. Has the world finally come to its senses? Does it finally understand that Islamic terrorism, whether against Israelis or anybody else, is an attack on us all?

Actually, no. Because I misspoke.

It was French President Francois Hollande, not Israeli Prime Minister Benjamin Netanyahu, who called the latest terrorism (in Paris) an “act of war.” It was Hollande who called the attackers “barbarians,” and vowed to wage a war of “no mercy” against them. It was the French air force that bombed medical clinics, a museum, and a soccer stadium located near terror camps in the Islamic State-controlled Syrian city of Raqqa.

When Netanyahu says that Palestinian Islamic terrorists have carried out “acts of war,” he is accused of exaggerating the threat. When he calls the killers “barbarians,” he is denounced as a racist. If Israel strikes terrorist sites that are situated near civilian areas, Israel is accused of “war crimes” and “disproportionate” responses.

Remember when Secretary of State John Kerry sarcastically grumbled, “Hell of a ‘pinpoint’ attack” after one Israeli strike in Gaza? We don’t hear Kerry calling the French bombing of those Raqqa medical clinics a “hell of a ‘pinpoint’ attack.” We don’t hear National Security Adviser Susan Rice demanding that Hollande apologize for describing Islamic killers as “barbarians.” We don’t hear President Barack Obama calling for “both sides” to “exercise restraint” as he always does when Israel responds to Arab terrorists.

Israel has always understood the nature of this conflict. Now, it seems, France does, too.

Yes, every terrorist attack is an act of war. No, the terrorists are not “the JV team,” as President Obama once put it.

Yes, the terrorists are barbarians. No, we should not “show respect even for one’s enemies” and “try to understand…and empathize with their perspective and point of view,” as Hillary Clinton said in her Dec. 3, 2014, speech at Georgetown University, in Washington, DC.

Yes, terror targets must be struck, regardless of whether or not they are situated near civilian sites.

And yes, the terrorists must be fought with “no mercy” and completely destroyed—not merely “contained” or “degraded,” as President Obama often says.

France’s leaders have belatedly awakened to the fact that the civilized world is at war with the forces of Islamic terrorism. Israel is one front in that war. France is another. And if the Obama administration does not wake up and fight, then America will soon become the next front.