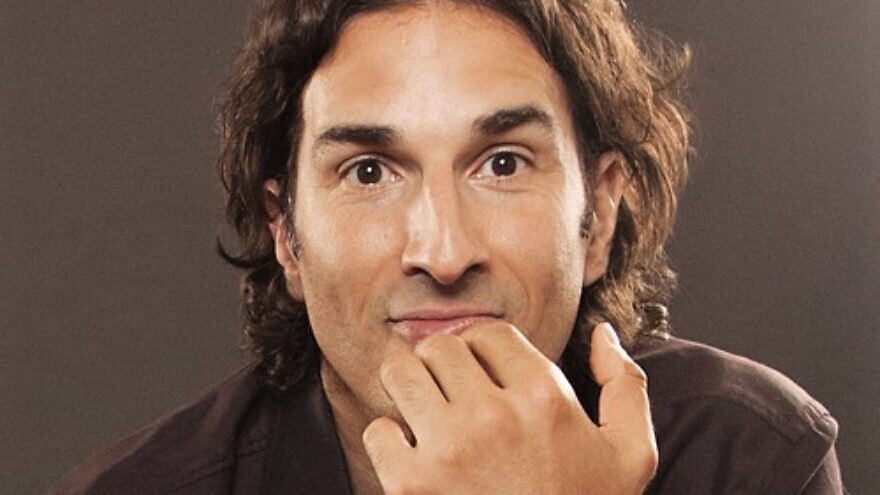 (February 17, 2022 / JNS) For more than two decades, Gary Gulman has made a good living making people laugh, so it was a shock to many to hear something was making him cry. The Jewish comedian, who will take the stage at the Victoria Theater next month in Newark’s New Jersey Performing Arts Center as part of his “Born on 3rd Base” tour, decided to move home from New York City to Massachusetts a few years ago when effects of depression overwhelmed him.

As seen in the courageous and inspiring HBO documentary “The Great Depresh,” directed by Judd Apatow, Gulman hit rock bottom and got treatment. In an age of social media in which people curate their pics with nary a hair out of place, why would Gulman reveal his vulnerable situation for all eyes to see?

“The main thing was I was so grateful for my recovery,” Gulman tells JNS. “I felt it was an obligation. The encouragement was so strong.”

The 51-year-old veteran comedian said he noticed his hand shaking and went into a tailspin. With the support of his wife, his mother and doctors, he was able to make a triumphant return and is open with audiences about his experience.

Gulman had a ketamine infusion in Manhattan that only helped for an hour before discovering that there was no quick fix; he also acknowledged trying numerous medications.

I recall one of his great shows at the Comedy Cellar in downtown Manhattan about five years ago when he had the crowd laughing at a hilarious joke involving how states are assigned their initials. Someone at my table said, “This comedian is Jewish? He’s too good-looking to be Jewish!”

I wanted to spill my drink on the guy who said this, but I was on a date and the guy who made the troubling remark was muscular.

Asked about being a member of the tribe, Gulman offers that he has warm feelings. 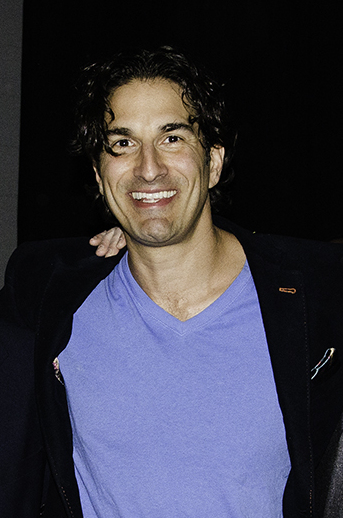 He added that he hasn’t experienced much anti-Semitism other than someone calling him “gefilte,” which he found slightly offensive but also slightly humorous. One time he wasn’t laughing was when a woman told him that “Jewish men make good husbands but are notorious for having mistresses.” He said that was likely the “tip of the iceberg” for the woman’s anti-Semitism.

At 6 feet 6 inches, Gulman says he doesn’t mind when people constantly ask what it’s like to be tall but often has to duck at comedy clubs because of low ceilings.

‘To be clean is a challenge’

Gulman notes that being a clean comic doesn’t make it easier on him.

“It was an opportunity to distinguish myself from other comedians,” he says. “Jay Leno, Paul Reiser, Richard Lewis and David Brenner were my favorite comedians and were pretty clean. I wanted to honor those heroes of mine.”

He continues, noting that “it was very difficult to get on television if you weren’t clean when I first started. … Honestly, it’s a bit more of a challenge. It’s harder to get an audience when you’re going on after people who have used (curse) words so much and have spoken about things that are really personal and intimate; to go up and be clean is a challenge. But I feel proud I’m able to get the same laughs without using the same language that guarantees the same laughter, if even from shock.”

Along those lines, Gulman makes it a point to chime in on New Jersey, noting that it sometimes gets a bad reputation due to “several miles along the highway that’s not an accurate depiction,” and that he is familiar enough to know the beauty of the state and the kindness of its people. He said his father and wife went to Trenton High School, and his uncle is from Edison.

“My admiration for New Jersey-ites goes back a while,” he says.

Asked if some might wonder how he could have been depressed as someone with wealth, good looks, who married the love of his life, had TV specials and performed on late-night TV with hosts such as Conan O’Brien, he explained a common misunderstanding.

“[Bruce] Springsteen had it all and in his 50s, in his autobiography, he talked about he couldn’t get out of bed,” Gulman says of the rocker’s depression. “It’s biological. It doesn’t discriminate. It has very little to do with your attractiveness or fame; it’s debilitating, regardless of success.”

Despite being a large man, he says he never had a burning desire to play football, but did so anyway and wound up getting a scholarship to Boston College. It was an offer too good to refuse, even though he says he wanted to reject it. Once there, he quit the team and soon turned from sports to comedy.

While many comedians complained about the live-performance hiatus due to closures from the nearly two-year coronavirus pandemic, Gulman says the toughest part was “people spreading nonsense” as he referred to theories not backed by science.

While some comedians fear cancel culture, Gulman says he’s not one of them because his material isn’t controversial. Many joke about sex, but one of his best riffs is about how hotel omelet chefs likely have higher aspirations. He said comedians shouldn’t use anything as a crutch or an excuse.

While people have long looked up to Gulman due to his height and comedic ability, now they have a third reason to do so.

Gary Hulman will perform at the New Jersey Center for Performing Arts on March 10 and March 11.