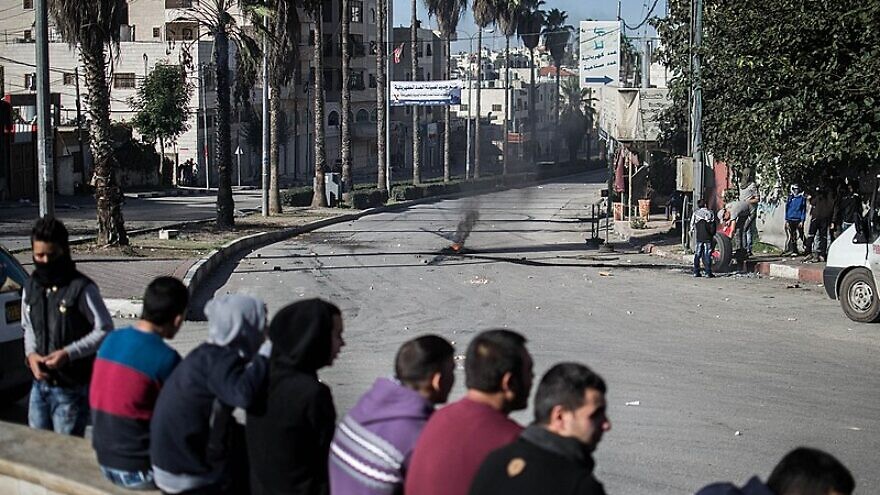 (October 7, 2022 / JNS) An unnamed suspect was arrested by the Palestinian Authority police on Wednesday after recording himself beheading a 25-year-old gay Palestinian man in Hebron.

The suspect was arrested near the scene of the crime soon afterward. The victim was identified as Ahmad Abu Murkiyeh, who according to Israeli media had lived in Israel for the past two years as an asylum seeker, as his life would be in danger if he returned to the West Bank.

According to the Times of Israel, it is not known how he ended up in Hebron, and friends believe that he may have been kidnapped.

Palestinian investigators, who are currently interrogating the suspect, have reportedly not yet determined a motive for the killing or whether the suspect and victim knew each other.

Lu’ay Arziqat, the spokesman for the P.A. police, said that the beheading was a “new kind of crime in Palestine” and urged people not to circulate the video of the incident. He called the crime the most terrible one that he had ever dealt with.

While Palestinian media are condemning the murder, Abu Murkiyeh’s sexuality and the fact that he had been living in Israel are not covered in those reports. Rather, his family claims that he had lived in Jordan, and occasionally visited Hebron to work and visit family members.

Israeli LGBTQ organizations said that Abu Murkiyeh had been living in various LGBTQ shelters in Israel, working with an organization on asylum documents, with the goal of eventually relocating to Canada.

U.S. Ambassador to Israel Thomas Nides tweeted on Friday that he was shocked and horrified by the beheading and called violence against LGBTQ individuals unacceptable.

Shocked and horrified by the murder and beheading of Ahmad Abu Murkhiyeh in Hebron. Violence against LGBTQI+ human beings is unacceptable.