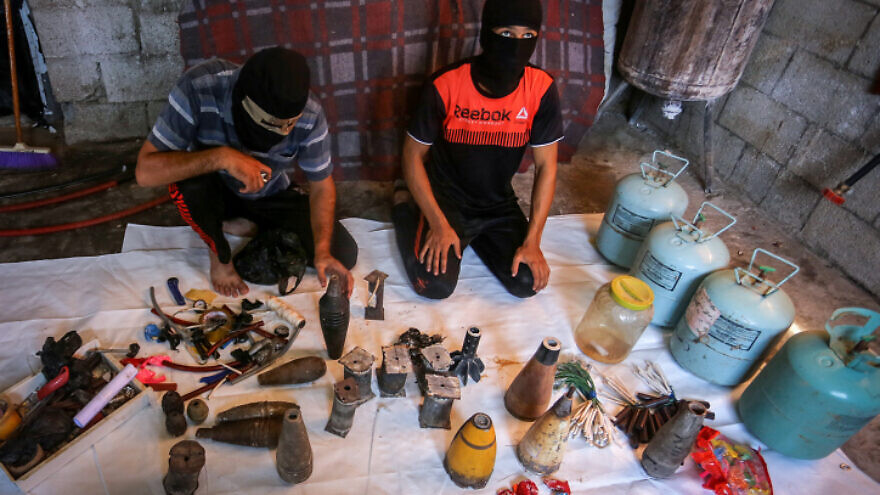 Palestinians prepare explosives and flammable materials to be attached to balloons and launched into Israel from the Gaza Strip, Aug. 8, 2020. Photo by Abed Rahim Khatib/Flash90.
Spread the word.
Help JNS grow!
Share now:

(August 18, 2020 / JNS) The only power plant in the Gaza Strip was forced to shut down after Israel stopped fuel shipments as a result of cross-border terrorist attacks.

“The power feed may now decline to only four hours [per day],” said Mohammad Thabet, an official at the main energy-distribution company, reported Reuters.

According to the report, many Gaza residents rely on private generators for electricity due to frequent power cuts.

The attacks that caused Israel to stop the fuel shipments have been continuing for several days with dozens of incendiary balloons being launched into the Jewish state. Two rockets were also launched at Israel from Gaza on Sunday morning.

Egyptian mediators who entered Gaza on Monday to try to calm the situation failed to secure a ceasefire agreement.