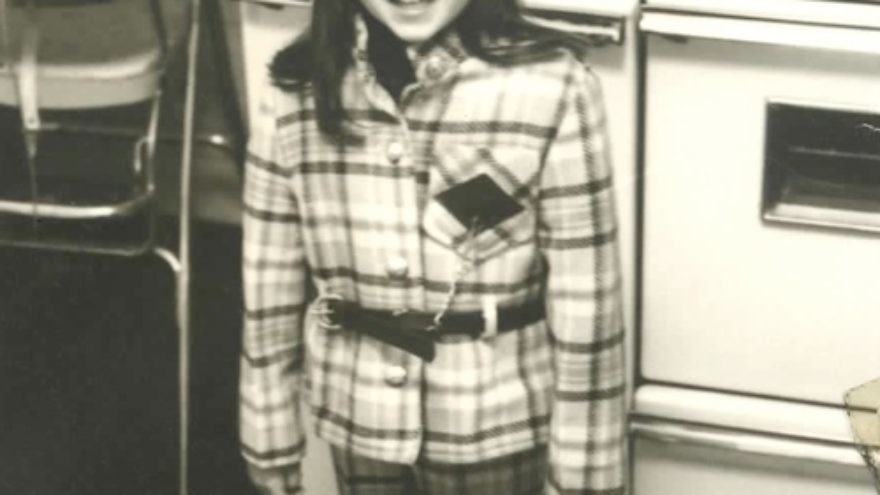 In her recently published memoir, “My Fat Dad: A Memoir of Food, Love, and Family, with Recipes,” New York Times wellness blogger and nutritionist Dawn Lerman shares her food journey and that of her father, a copywriter from the “Mad Men” era of advertising.

Dawn spent her childhood constantly hungry. She craved good food as her father, 450 pounds at his heaviest, pursued endless fad diets, from Atkins to Pritikin to all sorts of freeze-dried, saccharin-laced concoctions, and insisted the family do the same—even though no one else was overweight. Dawn’s mother, on the other hand, could barely be bothered to eat a can of tuna over the sink. She was too busy ferrying her other daughter to acting auditions and scolding Dawn for cleaning the house.

“My Fat Dad” is as much a coming-of-age memoir as it is a recipe collection from Dawn’s upbringing and culinary adventures. The recipes include some of her grandmother’s favorite traditional Jewish dishes, but also healthier interpretations of them ranging from gluten-free, to dairy-free, to kosher, to vegan.

Ahead of the dairy-oriented Shavuot holiday, JNS.org presents the following excerpt from “My Fat Dad,” in addition to a recipe for gluten-free cheese blintzes.

My ad man dad was never a morning person. He said that when he slept, his best ideas came to him—including his award-winning slogans for “Leggo My Eggo,” “Soup is Good Food,” and “Coke is It.”

On the weekends, my little sister April and I knew the only way to awake my father was to make him a scrumptious breakfast in bed. Figuring out what to prepare depended on the diet du jour and the number on the big chalkboard above the scale in our bathroom that showed his current weight. My dad weighed himself every morning, every night, and after each meal—carefully displaying every victory and every setback in white chalk. He usually weighed around 350 pounds, but would often fluctuate a hundred pounds on either end. We usually knew how our day would be if the numbers were going up or down. If the numbers were going down, it might be a cheat day; but if the numbers were going up, I had to conjure up something tasty, but a little more calorie friendly.

On Shavuot, my dad looked forward to little packages of love—aka cheese blintzes. I had made them from scratch several times with my maternal grandmother Beauty before we moved from Chicago to New York City, but never by myself. When I called my grandmother for guidance, she said that since I was almost 10, which was her age when she started making the blintzes for her family and the boarders who lived in her home, she knew I could do it. But my grandmother always thought I could do everything perfectly, which was not always the case—especially when it came to singing and dancing, which were my 4-year-old little sister’s forte.

“The trick to not being overwhelmed making the blintzes is to do it in two parts,” said Beauty.  “In the evening, make the crepes for the shell and fill them so they would have time to set overnight and be ready for frying in the morning.”

Beauty said the smell of the blintzes frying in butter could arouse even the deepest of sleepers. With my grandmother’s encouragement, I began gathering the cheese for the filling, and the yogurt and berries for the topping. I wanted my blintzes to be as delicious as the traditional Jewish ones that my dad loved—but these ones needed to be a little lighter on calories. My dad was now a top creative director at a major ad agency, and appearances were very important to his clients—especially since his clients included many major fast food and beverage products.

According to Beauty, the secret to making the perfect blintzes was to get the shell paper-thin. “It’s all in all the wrist,” she would say. I remember, when I was little, watching her effortlessly tilt the hot pan as she poured in the silky batter. She would carefully swirl the liquid mixture to evenly coat the bottom of the cast-iron skillet. After about 30 seconds, she would run a knife around the edge of the crepe to prevent it from sticking. I had seen my grandmother prepare the blintzes so many times that I was confident that I could replicate them, even though I was swapping my father’s diet protein powder for flour—making sure they met the requirements of his new low-carbohydrate diet.

Wanting to surprise my dad, I waited until he fell asleep to prepare his special breakfast. I carefully made the crepes just the way Beauty showed me. Ever since I was big enough to reach the counter with a step stool, I had helped her mix, fill, and roll.

In the morning, when I began frying the assembled blitzes, my dad flew into the kitchen. “Is that what I think it is?” he asked, delighted as he saw the displayed blintzes that my sister and I arranged on my grandmother’s best china.

As I watched my dad enjoy the gluten-free blintzes with no mention of the ingredient swaps, I realized I could help my dad reach his weight loss goals, while still enjoying the foods that conjured fond memories from his childhood.

My grandmother used to call these “little packages of love.” They consist of thin dough around sweetened cheese, topped with fresh fruit. They’re perfect for brunch or anytime you want to make loved ones feel special. What follows is a diet-friendly version of my grandmother’s original recipe.

For the crepe batter:

6 scoops protein powder of your choice

For the cheese filling:

To make the batter:

Prepare batter. Mash the bananas and add the milk. Then stir in the protein powder and egg whites. Make sure you beat the egg whites separately until stiff, and then fold in. Note: The blintzes have a better texture if the batter rests for half an hour at room temperature. You can also let the filling chill for half an hour in the refrigerator. If the batter gets too thick while it is sitting, you can thin it with a little bit of cold water. Make the filling. Combine all of the filling ingredients in a bowl and mix together until smooth.

To make the crepes:

2. Put a ladle full of batter into the skillet. Tilt pan to swirl the batter so it covers the bottom of the skillet.

3. Fry on one side until bubbles form and the top is set. The bottom should be golden brown. Carefully loosen edges of the crepe and slip it out of the skillet onto a plate.

4. Repeat the above procedure until all the batter is used. Grease skillet each time before pouring batter.

5. After all the crepes are made, begin filling them. The brown side should be facing up. Place 3 tablespoons of filling on one edge.

6. Roll once to cover filling. Fold the sides into the center and continue rolling until completely closed.

7. After all the blintzes are assembled, heat 2 tablespoons of butter in the skillet and place each crepe, seam side down, in the skillet. Fry 2 minutes on each side, turning once.

8. Serve with a dollop of yogurt, garnish with fresh berries, and sprinkle with powdered sugar

Dawn Lerman is a board-certified nutrition expert and the author of the best-selling book “My Fat Dad: A Memoir of Food, Love, and Family, With Recipes” (Berkley Books, September 2015).