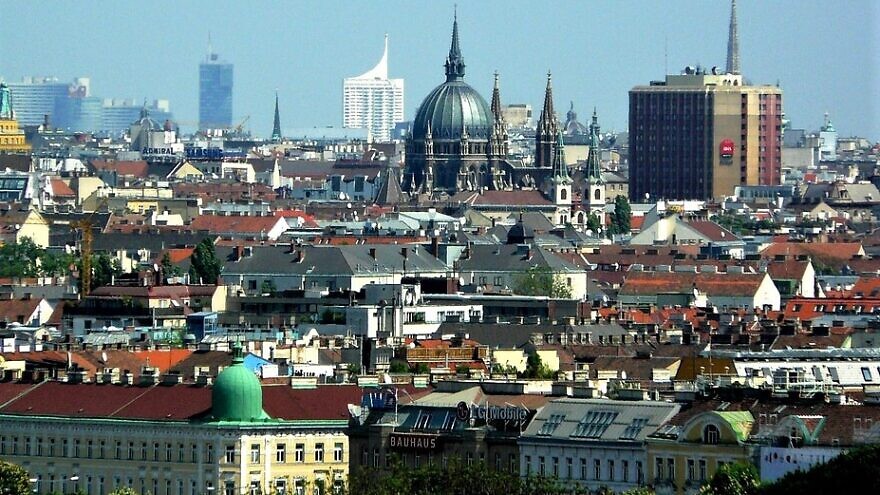 The head of Austria’s Jewish community, Oskar Deutch, said the shooting occurred on the street where the synagogue is located, though none of the city’s Jewish institutions appeared to be attacked.

“While it remains unclear if the Stadttempel was one of the targets, we’ve confirmed that both the synagogue and the synagogue office building at the same address were closed at the time of the shots were fired,” Deutsch wrote on Twitter in German.

At least several people, including a police officer, were killed as an unspecified number of other people were injured, according to Vienna police, which has been conducting a manhunt in the city center near the Danube River for those behind the attacks. Two of the alleged perpetrators have reportedly been killed; one blew himself up with an explosive belt and another suspect was detained, while others are currently on the run.

UPDATE – Police units storming several restaurants in #Vienna in search of the terrorists.pic.twitter.com/9nfWlYJP0y

According to Rabbi Jacob Biderman, executive director of Chabad-Lubavitch of Austria, all of the city’s synagogues have been accounted for with no known injuries or loss of life in the Jewish community.

“I checked with all five of Vienna’s Chabad Houses, as well as our educational institutions, and thank G‑d, everyone is fine,” Biderman told Chabad.org.

Another shooting took place at a Hilton hotel in Vienna. Details were not immediately available. Moreover, at a sushi restaurant, hostages have been taken by suspects behind the other attacks, according to Vienna police.

Public transportation in Vienna was halted, and people were advised to avoid the area.

On Twitter, Vienna police requested, “If you have footage of any kind of the shooting incident in the inner city of Vienna—please upload it on this link. DON’T share it on social media! This way you can support us!”

This story is developing and will be updated.