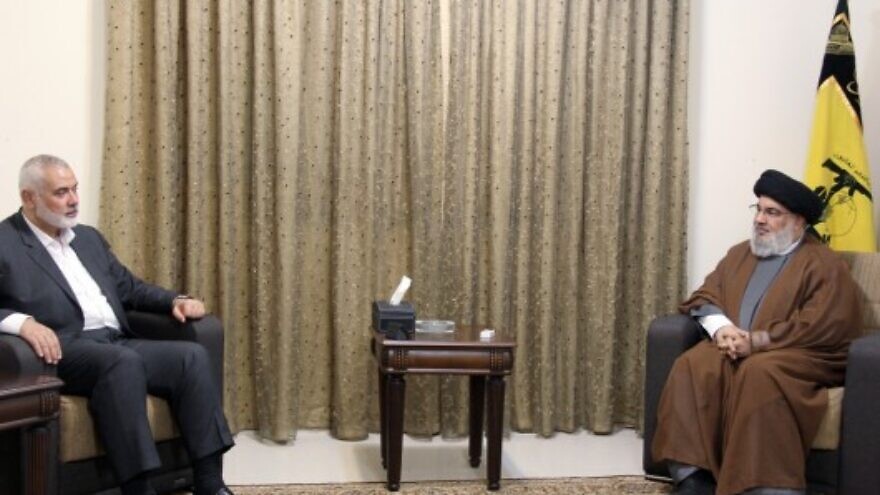 The two terror group leaders discussed how to learn from the latest war with Israel, according to a statement by Hezbollah Media Relations reported on the terror group’s Al-Manar media website.

Nasrallah and the Hamas delegation spoke about ways to help the Palestinians through “utilizing all capabilities in a bid to reach the final and decisive victory,” said the statement.

The report said both sides stressed the close relations between the two terror groups and their importance to the “Axis of Resistance.”

Haniyeh arrived in Lebanon on Sunday and met some top officials including President Michel Aoun and Parliament Speaker Nabih Berri, the AP reported. The last time the Hamas and Hezbollah leaders met was in September.