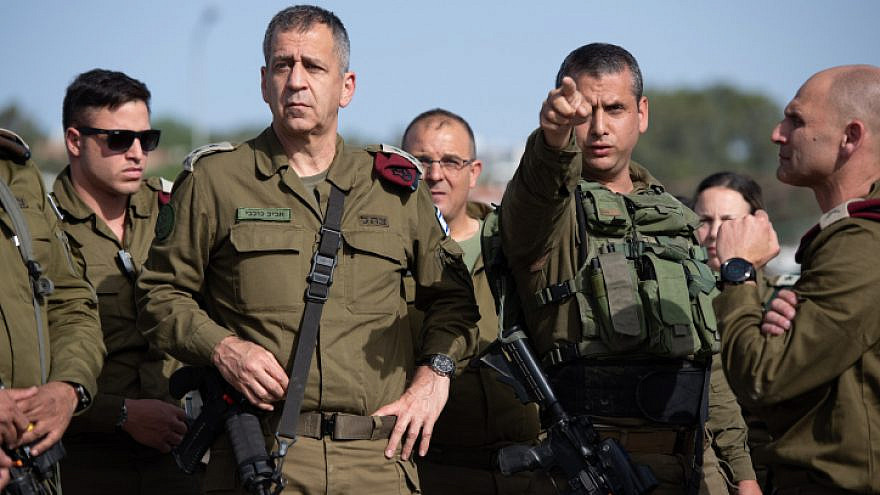 (May 4, 2021 / JNS) As Israeli security forces pursue the perpetrator of the drive-by shooting at the Tapuach Junction near Ariel in the West Bank on Sunday, they are also working to deny Hamas the opportunity of sparking a new wave of violence.

Sunday’s attack injured three Israeli civilians waiting at a bus stop in a shooting that was likely an unorganized terror attack. Recent clashes in Jerusalem and inflammable religious themes that surfaced during the Ramadan holiday may have played a role in triggering the gunman. As the Israel Defense Forces pursues the terrorist, it is also working to prevent copycat attackers from following suit.

For its part, Hamas is trying its hardest to leverage recent developments in order to set fire to the West Bank and encourage a new wave of terror attacks and unrest.

This, the group hopes, will result in pressure not only against Israel but its rival, the Palestinian Authority, which in recent days has denied Hamas the opportunity to take over the West Bank through elections by calling them off. The P.A. conveniently blamed Israel for the cancellation, citing an inability to hold the vote in eastern Jerusalem.

Hamas is in the middle of an intense propaganda and incitement effort to encourage a new wave of violence in the West Bank.

To regain control of events, the Israeli defense establishment responded quickly. In the past three days, it has been conducting a major pursuit of the terrorist, together with the Shin Bet intelligence agency and the Israel Police, while actively working to prevent copycat attackers.

Judging by past pursuits, Israel is highly likely to catch up with the perpetrator sooner or later. The IDF apprehended a number of Palestinian suspects early on Tuesday in the context of the manhunt, while also capturing a vehicle it said was used in the attack, which was torched in the village of Aqraba, southeast of Nablus. Large numbers of units are taking part in the pursuit.

At the same time, the IDF is keeping a larger strategic objective in mind: maintaining stability. This is being achieved by conducting the search with sensitivity and with the minimum level of friction with the general Palestinian civilian population.

A string of upcoming holidays adds to tensions

The coming days are filled with holidays that can help pour fuel on the flames—the same flames that the IDF is working to extinguish. The continuation of Ramadan, with its closed stores and evening schedules, Jerusalem Day and the holiday of Eid al-Fitr, both of which occur next week, mean that many sensitive days are around the corner. Hamas would like to use these days to trigger an explosion of violence; Israel’s objective is to prevent that from happening.

Hamas’s efforts are not limited to incitement. It and fellow terror groups work around the clock to orchestrate cells and send them on attacks, though these almost always run into Israel’s wall of preventive action.

The threat of organized and unorganized terror forms a double challenge for security forces, and recent incidents are a reminder that the routine of relative calm is far from being a given.

Meanwhile, the IDF is studying the Sunday shooting to see what lessons it can learn to improve future responses. According to the preliminary IDF inquiry, three Givati Brigade reconnaissance unit soldiers returned fire at the terrorist, striking his vehicle but missing the gunman.

Addressing the findings, IDF Chief of Staff Lt. Gen. Aviv Kochavi, who visited the scene of the attack on Monday, said, “The response to the event was good, but the results were not good enough. We would have liked a different result—that one of the seven bullets fired had killed the terrorist.”

Kochavi added that “the IDF is doing everything necessary to protect our citizens and ensure stability during a volatile and challenging period. We have reinforced troops in the area and will continue to operate to thwart terrorism.”