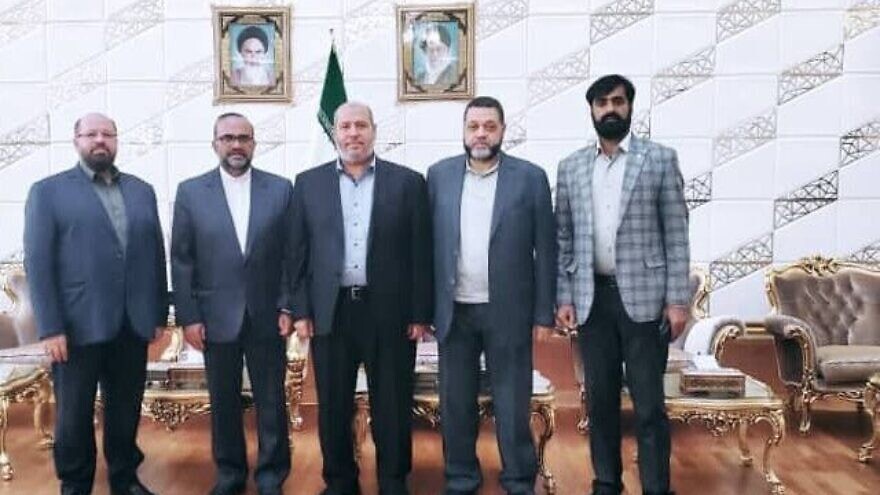 (April 28, 2022 / JNS) A Hamas delegation arrived in Tehran on Wednesday for a series of meetings with Iranian regime officials, according to Iranian state media.

The delegation is headed by Khalil al-Hayya, a senior Hamas figure based in the Gaza Strip, and includes Hamas’s representatives in Iran and Lebanon, according to the Islamic Republic News Agency (IRNA).

The meetings, which are scheduled to begin on Thursday, will focus on the “latest status of the Palestinian nation’s resistance,” according to the report.

Hamas’s military wing in Gaza has for years received funding from Iran to the tune of tens of millions of dollars per year, in addition to training.

Prior to Egypt’s sealing of the Rafah border crossing and destroying most of the cross-border tunnels linking Sinai to the Gaza Strip in past years, Iran has smuggled significant quantities of surface-to-surface rockets into Gaza for Hamas and for its proxy, the Palestinian Islamic Jihad.

Iran’s Supreme Leader Ayatollah Ali Khamenei regularly describes Israel as a “tumor” to be removed and has boasted of Tehran’s supply of arms to Palestinians.