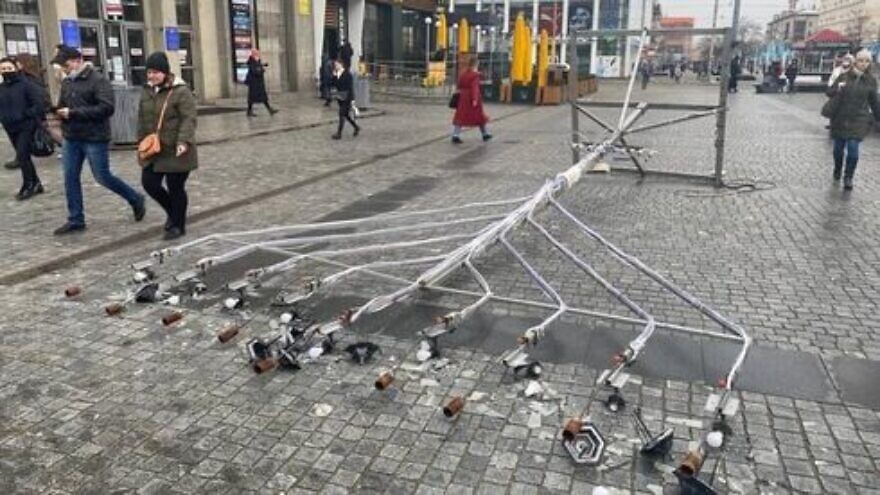 The act of vandalism was captured on security cameras that showed five people knocking it over, reported Ynet.

Dnipro’s Chief Rabbi Shmuel Kaminezki said the incident was not typical in the country’s fourth-largest city, home to as many as 60,000 Jewish residents.

“The incident is being examined, and local law enforcement is working to apprehend those responsible,” said Kaminezki, according to the report. “This is not an ordinary case for Dnipro; it just reminds us that we are still in exile. The city has a large concentration of Jews, thus quite Jewish in nature.”

“I hope they get caught, that we know who did this,” he added. “It is important to mention that the city has dozens of menorahs … and this is the only case that happened.

The rabbi also made it a point to say, “We completely trust the local security services.”