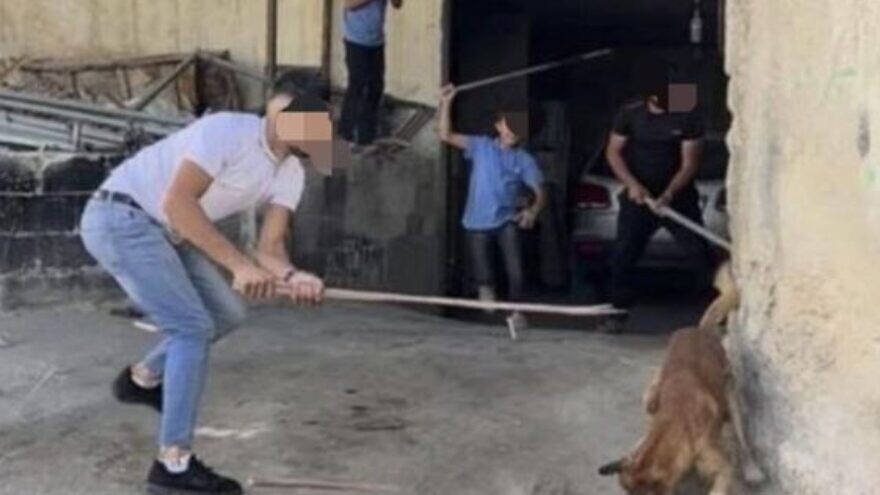 Abu Sneineh proposed the bounty during a local radio broadcast as a solution to the city’s dog overpopulation problem, according to Israeli media reports.

The initiative sparked criticism, however, after images of local residents answering the mayor’s call met with hundreds of angry responses.

The Animal and Environment Association in Bethlehem also condemned the campaign on social media.

“This bloody campaign resulted in killing many dogs, [by] shooting, hanging, abusing, running over them by cars. What happened today is beyond humanity and ethics. No religion would accept such barbaric actions toward innocent animals,” it said in a statement.

Hebron’s mayor later backtracked on Facebook, saying he hadn’t been serious and only wanted to “stir stagnant water,” in order to “find a solution to the disturbing phenomenon of stray dogs” in Hebron, according to the reports.

Abu Sneineh is a convicted terrorist, imprisoned with three others for his role in a 1980 attack that took the lives of six yeshiva students, two of which were U.S. citizens and one Canadian. One of the U.S. citizens was a decorated Vietnam war veteran. Sixteen others were injured in the attack.