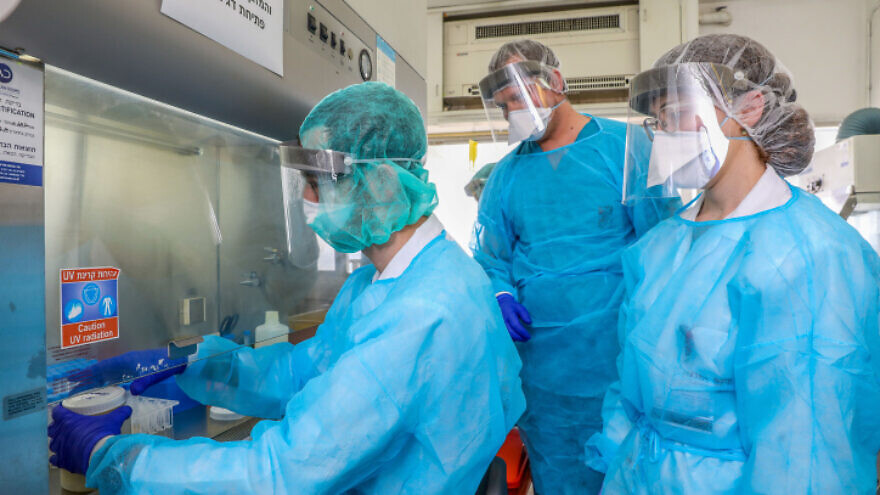 Technicians carry out a diagnostic test for the coronavirus in a lab at the Rambam Health Care Campus in Haifa on March 30, 2020. Photo by Yossi Aloni/Flash90.
Spread the word.
Help JNS grow!
Share now:

(July 27, 2020 / JNS) A high-level interministerial delegation of Israeli experts arrived in New Delhi on Monday to test four new technologies for the rapid diagnosis of coronavirus, the Defense Ministry announced on Sunday.

The delegation, led by Israeli Ambassador to India Ron Malka, includes representatives from the Defense, Foreign and Health ministries, as well as from the Israel Defense Forces and various industries involved in the development of diagnostic solutions.

“The cooperation between Israel and India will enable the delegation and its Indian counterparts to collect tens of thousands of samples in just 10 days and analyze them using computer systems based on artificial intelligence,” the Defense Ministry stated. “This massive sampling will shorten processes and advance the approval of effective technology.”

The delegation, which flew on two separate aircraft, also brought with them cutting-edge equipment to help the Indian authorities combat the spread and effects of COVID-19, including ventilators.