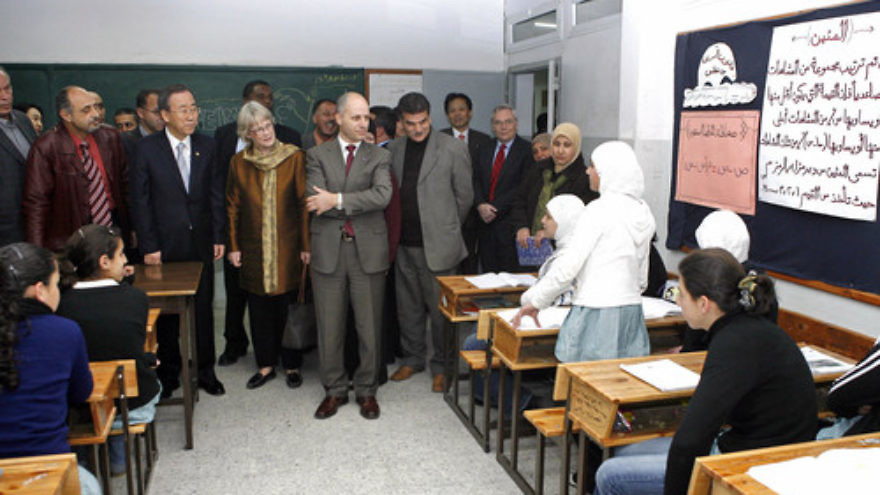 American college professors have now shown their true colors when it comes to Israel. Remember how 126 historians recently tried to get the American Historical Association (AHA) to condemn Israel for “interfering with the travel of students” by maintaining security checkpoints? Well, now it’s the Palestinian Authority (PA) that is setting up checkpoints to block teachers—and wouldn’t you know it, those angry historians have suddenly fallen silent.

The 126 radical historians presented their resolution at the AHA’s convention in Atlanta in January. The Gang of 126 claimed the students are sometimes delayed “15 minutes or more” at Israeli security checkpoints, and these delays supposedly are “impeding instruction at Palestinian institutions of higher learning.”

The real impediment to Palestinian education, however, is the behavior of the PA. More than 20,000 Palestinian public school teachers are striking because the PA has failed to implement a 2013 agreement between the PA and the Palestinian Teachers Union. The pay raises and promotions required by the agreement have never been put into effect.

The PA claims that it doesn’t have enough money to pay the teachers. Yet the PA has one of the largest per capita security forces in the world; in fact, more than half of all PA employees are in the security forces.

One of the tasks for which the PA needs such a large security force is—arresting teachers! Last week, the PA police arrested 20 teachers and two school principals for the “crime” of participating in a rally supporting the striking teachers.

I suppose that news won’t come as a surprise to anyone who reads, for example, the U.S. State Department’s annual report on human rights around the world. The most recent report states that under the PA, there are “restrictions on freedom of speech, press, and assembly.” There are “limits on freedom of association and movement.”

Now Haaretz reports that “the PA security services set up rings of checkpoints to prevent the teachers from attending a demonstration” in support of the strikers.

What? Checkpoints? Palestinians delayed? Education disrupted? Those 126 angry historians should be up in arms. And they would be, except for the inconvenient fact that it is the PA, not Israel, which is to blame for the checkpoints. And Israel’s critics are constitutionally incapable of ever criticizing the Palestinian leadership for anything it does. These educators did not protest on behalf of Palestinian university students because they care about them, they simply are against Israel’s existence. Shameful.