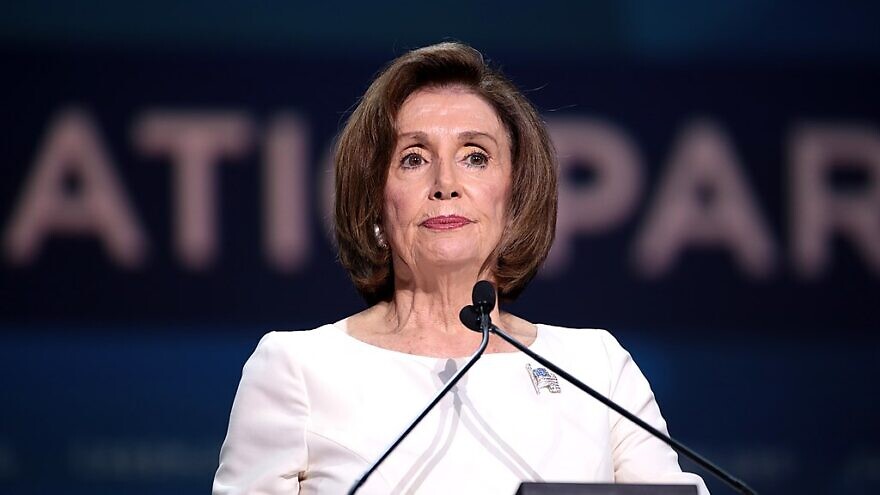 (February 15, 2022 / JNS) Speaker of the House Nancy Pelosi (D-Calif.) is leaving for Israel this week, where she is scheduled to meet with Knesset members on Wednesday as head of a delegation of members of Congress, according to an official statement.

The speaker’s full schedule has not yet been released, but according to the statement, she will attend an official welcome ceremony in the Knesset courtyard; sign the Knesset guest book, where she will make statements to the media; and meet with her counterpart, Knesset Speaker Mickey Levy.

Pelosi is expected to hold talks with Israeli officials about U.S. efforts to re-enter the 2015 Joint Comprehensive Plan of Action (JCPOA), more commonly referred to as the Iran nuclear deal.

In 2015, she called the deal a “diplomatic masterpiece” and has been openly critical of Israel’s hesitation to rejoin the agreement.