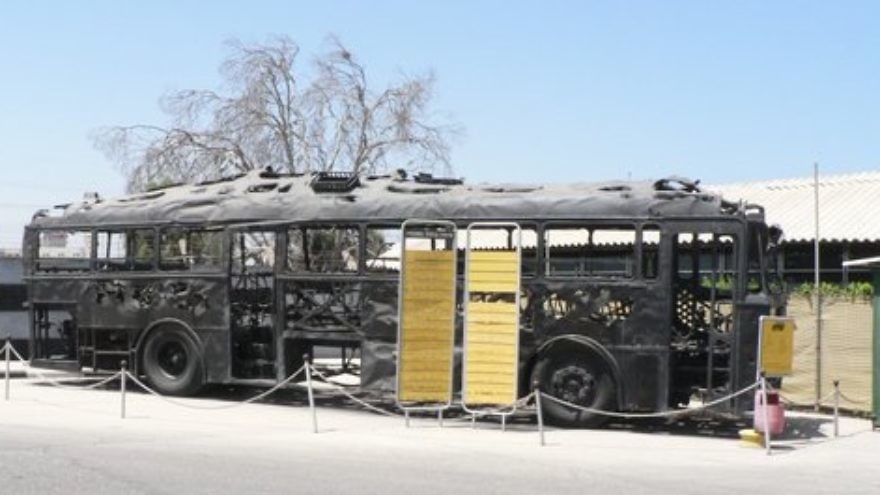 Did you know that the United States Senate has been underwriting a series of events publicly glorifying a Palestinian terrorist who murdered an American citizen—in fact, a senator’s niece?  Well, it is, and this outrage must come to an end.

The terrorist’s name is Dalal Mughrabi. On March 9, 1978, she headed a squad of 13 Palestinian terrorists who set out from Lebanon towards Israel, in several small boats. They were members of Fatah, the largest faction of the Palestine Liberation Organization (PLO). At the time, Yasser Arafat was chairman of the PLO and Fatah, and Mahmoud Abbas was his second in command. Today, Abbas is chairman of the PLO and Fatah, and president of the Palestinian Authority (PA).

The terrorists landed on a northern Israeli beach, where Gail Rubin, an American Jewish nature photographer, was taking photos of rare birds. Her work had been exhibited at The Jewish Museum in New York City and other prominent venues. She also happened to be the niece of then U.S. Senator Abraham Ribicoff (D-Connecticut).

One of the terrorists, Hussain Fayadh, later explained to the Lebanese Television station Al-Manar what happened: “Sister Dalal al-Mughrabi had a conversation with the American journalist. Before killing her, Dalal asked: ‘How did you enter Palestine?’ [Rubin] answered: ‘They gave me a visa.’ Dalal said: ‘Did you get your visa from me, or from Israel? I have the right to this land. Why didn’t you come to me?’ Then Dalal opened fire on her.”

Mughrabi, Fayadh, and the others walked to the nearby Coastal Road and hijacked an Israeli bus. They murdered 36 passengers, 12 of them children. Mughrabi was killed by Israeli troops. Fayadh survived, was sentenced to life in jail, but was then released in a prisoner exchange.

On May 29, 2013, the Jerusalem Post revealed that Fayadh had been hired as an adviser to Abbas, which means that some portion of his salary comes from the $500 million that the U.S. government—with the Senate’s approval—sends to Abbas’s PA each year.

Those U.S. funds are also used in part to finance the PA’s ongoing public glorification of Mughrabi. The PA has sports tournaments and summer camps named after her. In 2011, the PA established a Dalal Mughrabi Square in the center of its capital city, Ramallah. Official PA television frequently broadcasts programs depicting Mughrabi as a “hero” and “martyr.”

Earlier this month, Abbas’s Fatah organized a public celebration of Mughrabi’s birthday. The event was broadcast on Fatah’s Al-Awdah TV, which is headed by Fatah spokesman Ahmad Asaf. Students participating in the celebration were interviewed for the program. One said this of the killer of Senator Ribicoff’s niece, “She is our role model, an example for every Palestinian young woman. Dalal did everything we dream of doing.” A second student declared, “Dalal Mughrabi is inspiring. She inspires us and gives us the strength to complete the journey after her.”

The Al-Awdah reporter cheerily added, “Martyr Dalal Mughrabi raised the Palestinian flag from the heart of occupied Palestine. On her birthday we renew the promise to her and its fulfillment.” Another student then described the work of the “Sisters of Dalal Committee,” a branch of the Fatah student movement. She was followed by the director of a PA government agency, the Palestinian Poets and Writers Association, who poetically hailed Gail Rubin’s murderer as “the Purple Gazelle, the Flower of the Land.” (Translation courtesy of Palestinian Media Watch.)

Here are three steps that the Senate should take in response to this outrageous insult to the memory of one of its members:

1. No U.S. Senator should step foot in Ramallah until the PA changes the name of Mughrabi Park.

2. An amount equivalent to Hussein Fayadh’s salary and Al-Awdah TV’s annual budget should be deducted from the next installment of U.S. aid to the PA. Perhaps the money would be better spent if it were turned over to the families of Mughrabi’s victims.

3. The Senate should ask the U.S. Treasury Department to add the officers of Al-Awdah TV and the Sisters of Dalal Committee to the official U.S. list of “Specially Designated Global Terrorists.” The list consists of “persons who commit, threaten to commit, or support terrorism.” Surely someone who publicly glorifies a terrorist qualifies as a supporter of terrorism. The designation would prevent those individuals from entering the U.S. and would freeze any assets they have in this country.

These are, of course, just a few initial steps. Much more can be done. But if nothing is done—if the Senate continues to tolerate this outrage—it will send a message to terrorists everywhere that they not only can get away with celebrating the murder of a senator’s niece, but can even get Senate-authorized funding at the same time.