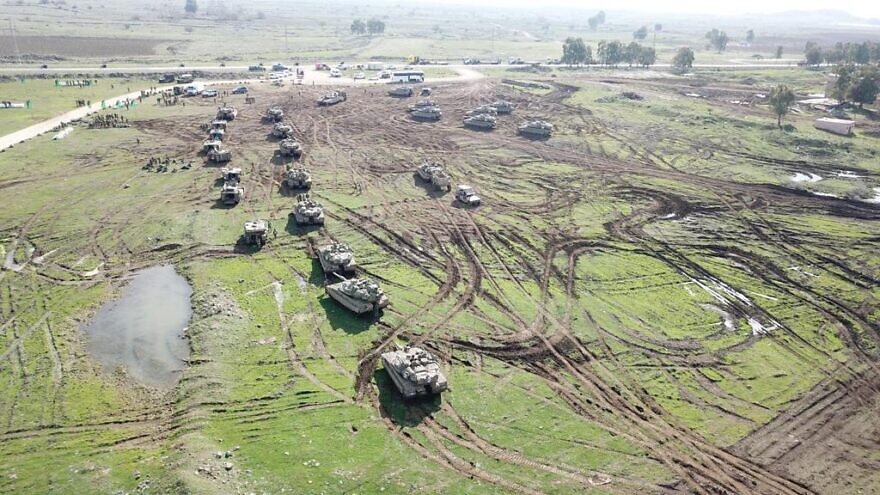 (January 20, 2022 / JNS) A war drill conducted by the Israel Defense Forces’ 74th armored battalion in the Golan Heights has significantly improved its readiness for combat against Hezbollah, the battalion’s commander has said.

Lt. Col. Ofer Tchorz, commander of the Merkava 4 Tank 74th battalion, a part of the 188th armored brigade, told JNS that the training period has allowed his personnel “to prepare for the next war and improve our readiness.”

The exercise simulated combat against Hezbollah in Lebanon, in which the battalion would have to navigate hilly terrain and take on a heavily armed enemy that uses guerilla warfare tactics and fights out of populated areas in Lebanon, stated Tchorz.

The four-day live-fire battalion-wide exercise capped off a three-month training period, he added.

“It was intensive and empowering,” said the commander. “We’ve spent three months training in the Golan Heights beginning with the individual soldier and the level of the tank crew, and rising up to the battalion-wide drill, which we held last week,” said Tchorz.

The exercise follows a lengthy period of operational border protection duties that the battalion held on the Lebanese border, lasting almost eight months.

During the drill, the tanks teamed up with infantry units, combat engineers and artillery units, as well as with the Israeli Air Force during some parts of the exercise.

“We understand that in next war, the only way in which each part of the army can bring its strength to the table and bridge one another’s gaps is through combined combat,” said the officer. “This is how we deliver maximum efficiency.” 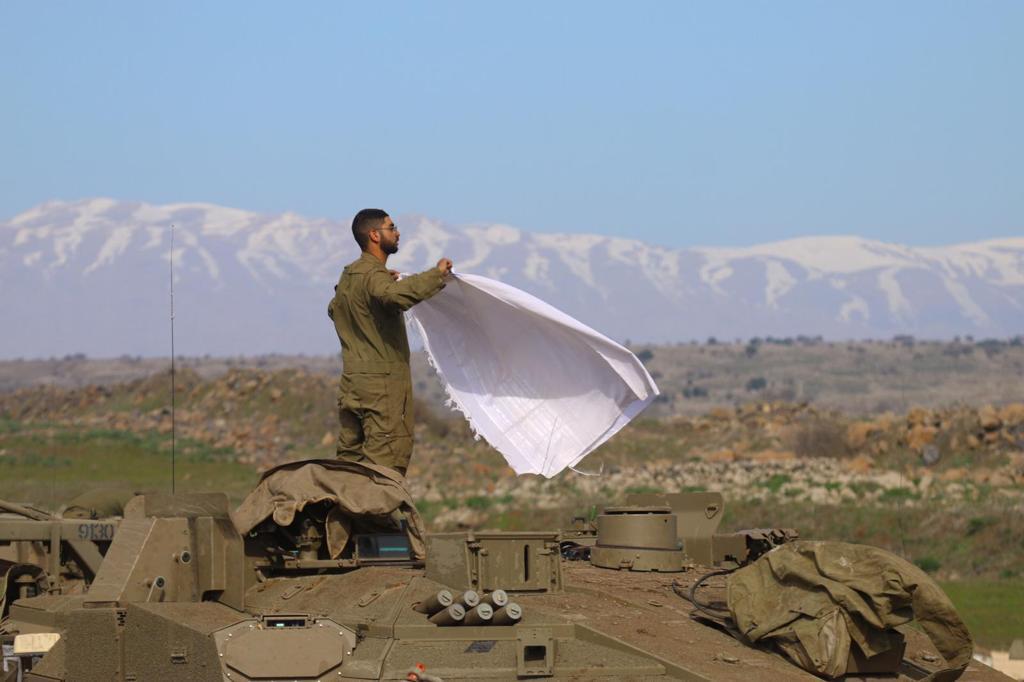 The exercise simulated combat against Hezbollah in Lebanon, in which the battalion would have to navigate hilly terrain and take on a heavily armed enemy that uses guerilla warfare tactics and fights out of populated areas in Lebanon. Credit: IDF Spokesperson Unit.

“Prior to 2006, the IDF, including the Armored Corps, was dealing with the Second Intifada, with urban combat, and arrests,” he said. “The biggest problem was with the tank crews; they did not train on their platform. They were conducting activities on foot in Judea and Samaria.

Today, he explained, “the situation is completely different. For example, in the past two-and-a-half years, the 74th battalion did not get off its tanks, whether in training or in its operational duties, which it did this on-board tanks the whole time. So our readiness is considerably higher. This is one of the lessons of 2006. We are training far more than we did in the past. We have also significantly improved our training techniques.”

The tanks are also equipped with Rafael Advanced Defense System’s revolutionary Trophy active protection system, which intercepts guided anti-tank missiles and rocket-propelled grenades, greatly boosting the tank crew’s survivability on the battlefield. The system also contributes to the tank’s offensive capability by tracking down the source of fire instantly, and then enabling the unit to share enemy location data on the military’s digital command and control network, clearing the path for rapid and precise return fire.

“The platform and its technologies have become significantly more advanced,” said Tchorz. “We have new capabilities on-board the tanks that give us far higher effectiveness and lethality.”