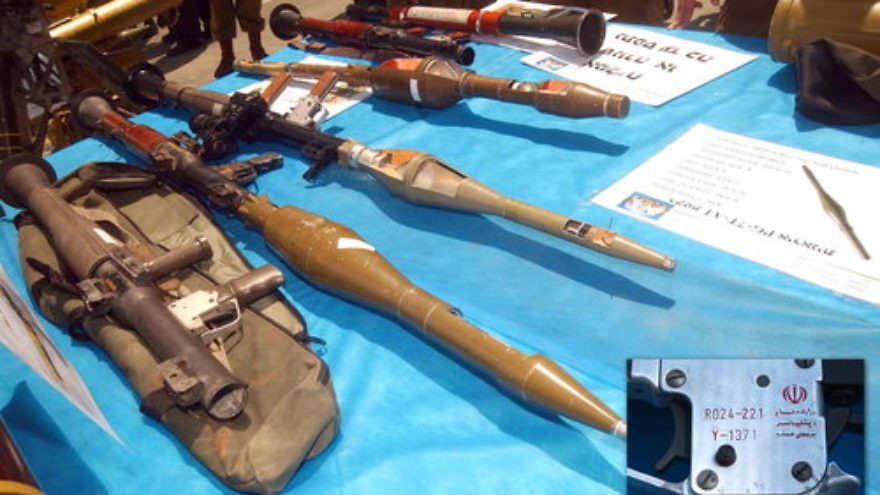 Despite the raging civil war to Israel’s north and east in Syria, the Jewish state’s northern border has remained precariously quiet over the last decade. No stranger to looming threats, Israeli officials are planning and ready for several worst-case scenarios in the north as Iran and its terror proxy Hezbollah continue to forge their stranglehold on the region.

In a possible war scenario with Hezbollah, the Israeli military can launch a “massive and overwhelming” operation that would effectively “neutralize” a significant part of the Lebanese terror organization’s military capability, Lt. Col. Jonathan Conricus, the head of the International Media Branch for the IDF Spokesperson’s Unit, told JNS.org.

The IDF’s operation would be based on “very accurate intelligence” collected “relentlessly” and “would minimize to the greatest extent possible, harm to non-combatants…. by using the most precise guided munitions that strike only at the legitimate military targets,” Conricus said.

One-third of the homes in southern Lebanon’s 130 villages are known to house military components belonging to Hezbollah.

“Hezbollah’s strategic choice of the battlefield, embedding its military assets in Shiite villages and towns, has put the majority of the Shiite population in Lebanon in harm’s way, using it as human shields….” Brigadier general (Res.) Assaf Orion, a senior research fellow at Israel’s Institute for National Security Studies (INSS), told JNS.org.

In a future conflict, one could expect “significant damage to Israel,” Orion said, but simultaneously “a devastating and unprecedented destruction in Lebanon, including a significant victory against Hezbollah’s military forces and destruction of most infrastructure enabling its war fighting capacity.”

Due to Hezbollah’s deep entrenchment within civilian infrastructure, the IDF has narrow windows of opportunity to engage “legitimate military targets,” Conricus said.

However, the IDF is prepared for this scenario and recently completed its largest drill in two decades in Israel’s northern region, simulating cross-border Hezbollah attacks on Israeli towns in which the terror group aims to commit massacres and take hostages.

The exercise was planned over a year and half in advance and tens of thousands of soldiers from all branches of the IDF participated.

During the initial stage of the drill, soldiers simulated rooting out Hezbollah terrorists from Israeli towns and defending the Jewish state’s sovereignty. The drill’s second stage simulated “decisive maneuver warfare” into the depths of Hezbollah’s territory, Conricus said.

The exercise sought to enhance “coordination and synchronization” between the IDF’s ground forces, air force, navy, intelligence and cyber units, and shorten “the intelligence cycle” from when a “target is identified to any type of munition meeting that target,” he added.

The IDF has acknowledged that since the 2006 Second Lebanon War, Hezbollah has matured from a guerilla organization to a fighting force equipped with heavy artillery, high-precision missiles and drones. The terror group also receives about $800 million a year in funding from Iran.

A third of Hezbollah’s forces are currently entrenched in Syria’s ongoing civil war — becoming battle-hardened, but simultaneously overstretched, losing some 2,000 fighters in the conflict.

Hezbollah and Iran have established weapons factories in Lebanon that can produce powerful missiles and, according to the IDF official, “more than 120,000 rocket launchers and rockets” are positioned in southern Lebanon, “in clear violation of U.N. Security Council Resolution 1701.”

Iran and Hezbollah are also constructing permanent military facilities in southern Syria to establish a land bridge stretching from Tehran to Beirut along Israel’s northern border.

According to Schanzer, this indicates the next war with Hezbollah “would likely be a two-front battle in Lebanon and Syria,” which could also include other Iranian terror proxies in the region.

The IDF official confirmed, “it is definitely possible and plausible” that the Israeli military will be required to fight on more than one front, which the military is prepared for.

Using its “networked intelligence,” the IDF is prepared to implement “a massive precision strike…. on a scale which far exceeds the assessed growth in Hezbollah’s military [capability],” Orion said.

Since 2006, Hezbollah has occasionally been given a glimpse of the “quality, scope and intimacy” of Israeli intelligence collected against it, the IDF official said, which has created a deterrence and quiet for the past 11 years.

A recent purported Israeli airstrike against a Syrian chemical weapons facility Sept. 7, which occurred during the massive IDF exercise, may have served as one such glimpse into Israel’s intelligence capability directed against the terror group and its allies.