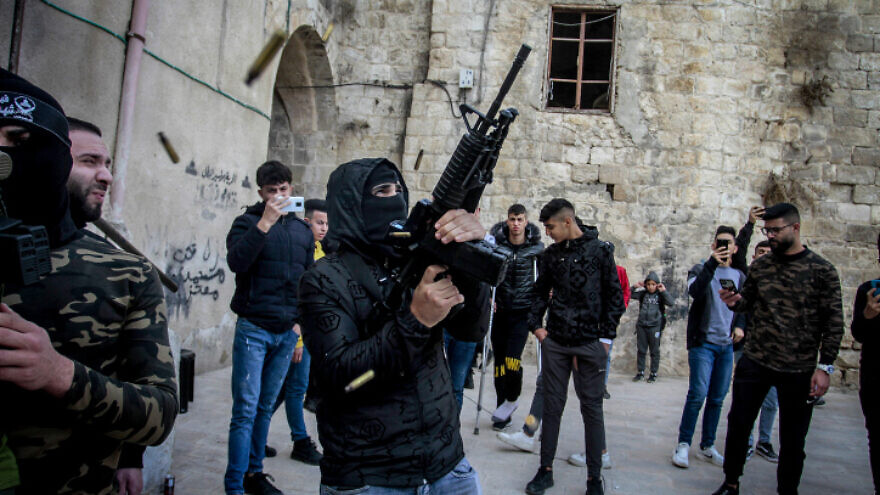 The funeral of Jamil al-Kayyal, who was killed in clashes with Israeli forces, in the West Bank city of Nablus, Dec.13, 2021. Photo by Nasser Ishtayeh/Flash90.
Spread the word.
Help JNS grow!
Share now:

(December 26, 2021 / JNS) The Israeli military received reports on Saturday night of a drive-by shooting at a military post near Shechem/Nablus in Samaria, the IDF said in a statement. No casualties were reported.

Israeli forces found dozens of bullet casings during sweeps of the area, according to the military. Investigation into the reported attack is ongoing.

The reported incident is the latest in a string of terror attacks in Judea and Samaria in recent weeks.

On Dec. 16, Yehuda Dimentman, 25, was killed and two fellow yeshivah students were wounded when Arab gunmen opened fire on their vehicle near Homesh in Samaria.

Four suspects have been arrested in connection with the Homesh attack, following a joint operation by the Israel Security Agency, Israel Defense Forces and Israel Police anti-terrorism unit.