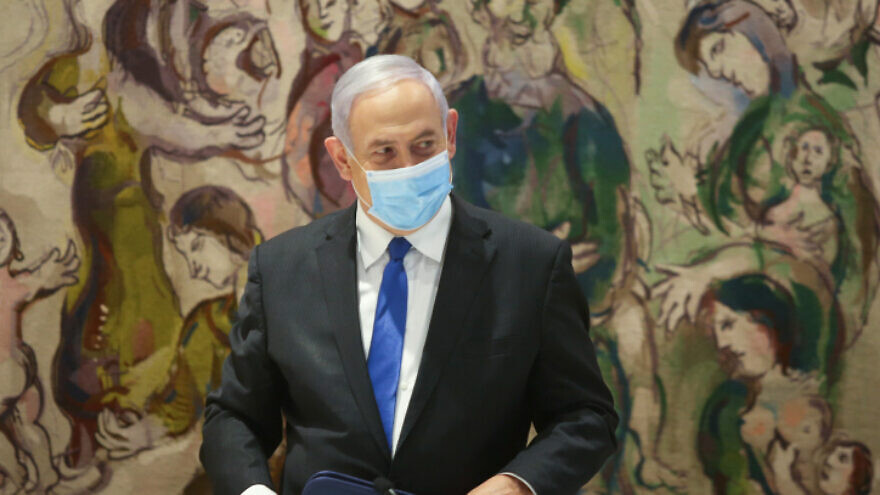 (June 2, 2020 / JNS) A 21-year-old Israeli soldier was arrested on Tuesday after publishing a post on Facebook calling for Israeli Prime Minister Benjamin Netanyahu to be harmed. This was the third such threat against the premier in the past two months.

The Israel Police cyber-crimes division investigated the case, and the suspect is scheduled to appear in court, according to Ynet.

The soldier, who is from a kibbutz in the north, wrote: “There is a solution and it is bringing down Bibi [Netanyahu]. It already happened in the past that a prime minister was taken down for no just reason [an apparent reference to the 1995 murder of Yitzhak Rabin], and now we have a prime minister who is taking down his citizens. It is likely to happen again and rightfully so, and those cops who are his slaves also deserve to be stoned to death. That is the solution.”

The soldier allegedly made other similar posts on his Facebook page.

In a separate case, Netanyahu said on Monday that he had filed a police complaint in recent days about a death threat made against him and his family.

This is the second time Netanyahu has filed a complaint against the same individual for threatening him, according to a post the prime minister made on his Facebook page.

“When will the left-wing media, which never stops trying to remove a right-wing prime minister from office, finally defend me against the constant incitement directed at me and my family,” wrote Netanyahu.