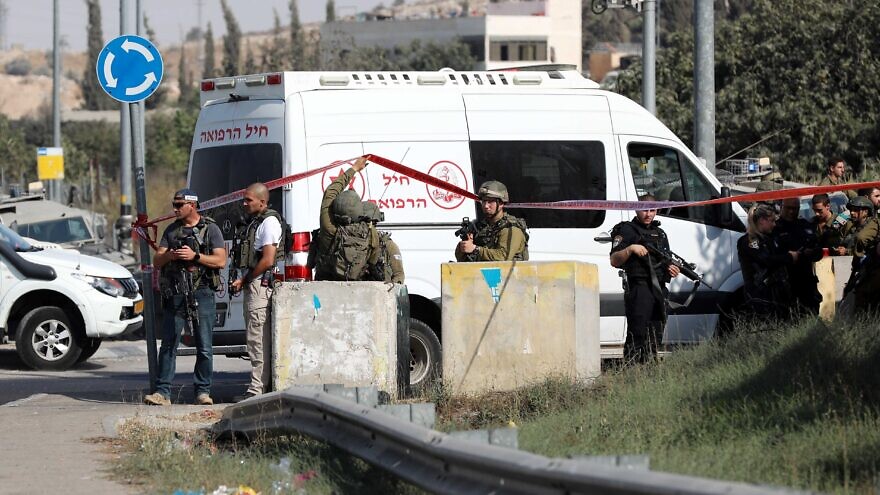 Israeli security forces at the scene of a stabbing attack, near the West Bank city of Hebron, on Sept. 2, 2022. Photo by Wisam Hashlamoun/Flash90.
Spread the word.
Help JNS grow!
Share now:

(September 2, 2022 / JNS) An Israel Defense Forces soldier in his 20s was evacuated for medical treatment on Friday after he was stabbed near the Kiryat Arba settlement near Hebron.

The knife-wielding Palestinian assailant was shot and killed by another soldier, according to Israeli media reports.

The victim was treated on the scene by medics from the IDF, Magen David Adom and United Hatzalah before being transported to Hadassah Ein Kerem Medical Center in Jerusalem.

According to United Hatzalah volunteer EMT Ben Zion Cousin, “together with medical personnel from the IDF, I treated the injured person who suffered an injury to his upper body. I bandaged him and stabilized him at the scene before he was transported to the hospital.”

Army Radio reported that the assailant was a 19-year-old Palestinian man who had arrived at the scene by taxi.