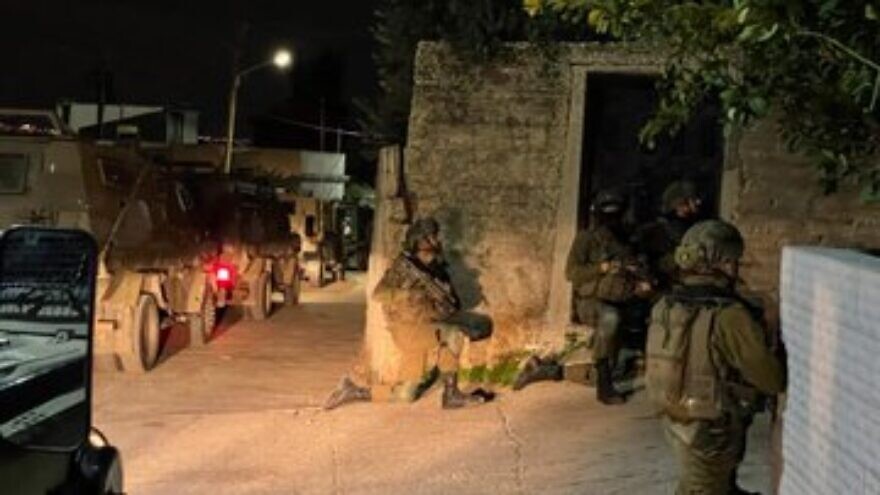 (December 20, 2021 / JNS) Israeli forces came under heavy fire in Silat al-Harithiya in northern Samaria on Sunday night, during an operation to map out the homes of the terrorists responsible for the fatal shooting near Homesh on Dec. 16, according to the Israeli military. The residences were mapped to evaluate the feasibility of destroying them, the Israel Defense Forces said in a statement.

The troops returned fire, and no Israeli casualties were reported, according to the IDF.

Rioters also threw stones and explosive devices at the Israeli forces during the operation.

Yehuda Dimentman, 25, a student at the Homesh yeshivah, was killed in the Dec. 16 attack, and two other students were wounded. Dimentman leaves behind a wife and a one-year-old child.

Earlier on Sunday, four suspects were arrested in Silat al-Harithiya in connection with the attack, in a joint operation of the Israeli Security Agency, the IDF and Israel Police anti-terrorism unit.

Also on Sunday night, IDF forces arrested two individuals who had attempted to cross into Israel from the northern Gaza Strip. The suspects were transferred for questioning by security forces, according to the military.