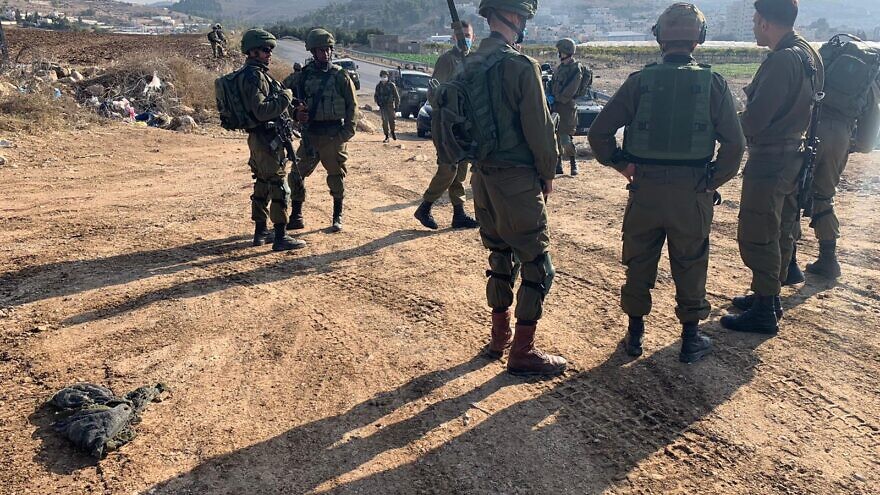 (November 8, 2020 / JNS) Israeli soldiers thwarted an attempted stabbing attack on Sunday near the al-Fawwar refugee camp southwest of Hebron, according to the Israel Defense Forces.

After arriving at the scene of the attack in a vehicle, the assailant got out and advanced on the IDF soldiers with a drawn knife, the military said in a statement.

The soldiers called on the suspect to halt and initiated an arrest procedure, but opened fire when the suspect failed to heed their orders, the statement said.

The suspect was wounded and evacuated to the hospital for treatment.

Sunday’s attack was the second in as many weeks, after another assailant opened fire on IDF forces from a vehicle near Nablus on Nov. 4. The soldiers returned fire, killing the gunman.

No Israeli casualties were reported in either incident.