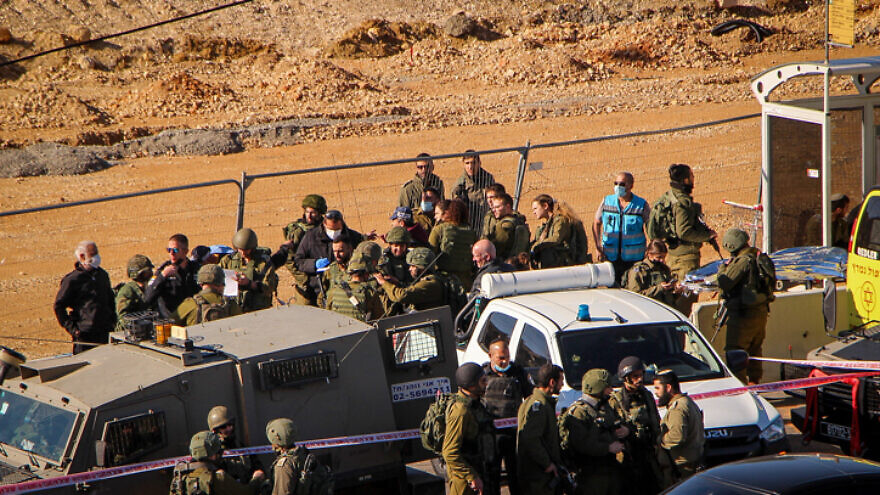 Israeli security forces near the scene of an attempted stabbing at the Gush Eztion Junction in Judea and Samaria, on Jan. 17, 2021. Photo by Gershon Elinson/Flash90.
Spread the word.
Help JNS grow!
Share now:

(January 17, 2022 / JNS) Israeli forces thwarted a terrorist attack on Monday at the Gush Eztion Junction in Judea and Samaria, the Israeli military said in a statement.

The assailant got out of a vehicle armed with a knife and attempted to stab a soldier at the junction, who opened fire at the suspect, neutralizing him, according to the Israel Defense Forces.

There were no Israeli casualties reported.

Israeli security forces were in pursuit of the vehicle in which the terrorist arrived.