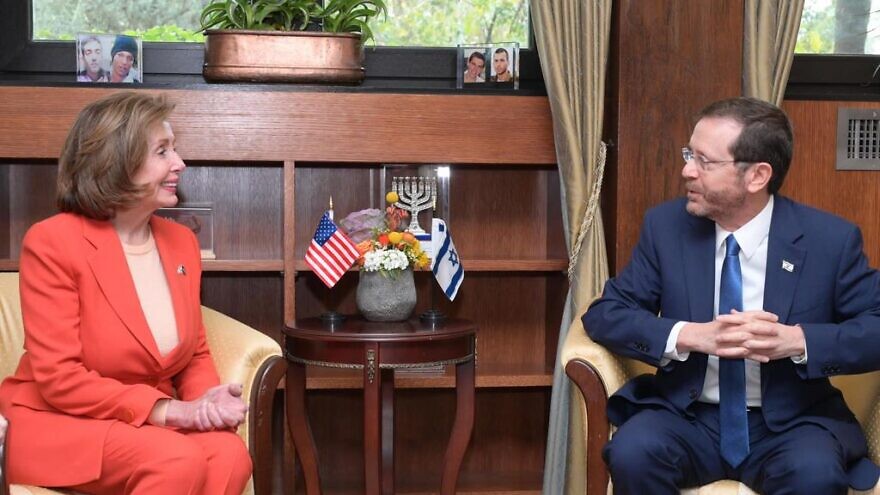 Herzog was joined by his wife, Michal Herzog, and his brother, Israeli Ambassador to the United States Michael Herzog.

Pelosi thanked him, saying it was an honor to be invited.

Joining the two leaders for the lunch was Ofra Fuchs, widow of the late Israeli poet Ehud Manor, whose words Pelosi quoted in her speech on the floor of Congress after the U.S. Capitol attack on Jan. 6, 2021.

“Thank you so much for honoring us with your presence,” said Pelosi. “It really is true, and we’ve discussed this, that the arts bring us together. Somehow there is a way where the inspiration and shared values enable us to forget some of our differences. To the beautiful friendship between our countries.”

Earlier on Wednesday, Pelosi visited the Knesset, where she discussed the importance of the U.S.-Israel relationship and the Iranian threat.