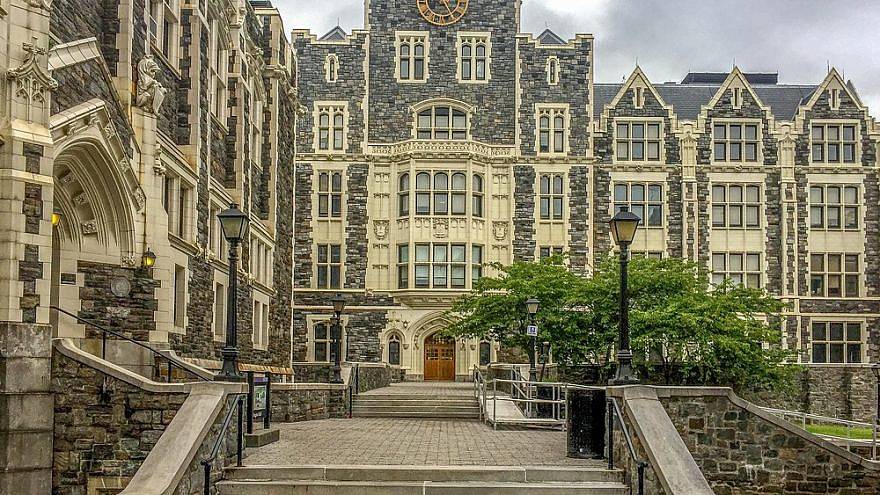 (January 19, 2022 / JNS) Six professors from the City University of New York (CUNY) claimed that the school’s faculty union is “anti-Semitic, anti-Jewish, and anti-Israel” in a civil-rights lawsuit filed in U.S. District Court.

The Professional Staff Congress passed a resolution in June that widely criticized Israel, such as accusing the country of “occupation” and the “massacre” of Palestinians. The union also said at the time that it would “facilitate discussions” and “consider” supporting the BDS movement against Israel.

The six professors—five of them Jewish—claimed in their lawsuit filed on Dec. 12 that “since the resolution, PSC has continued to advocate positions and take actions that plaintiffs believe to be anti-Semitic, anti-Jewish and anti-Israel in a manner that harms the Jewish plaintiffs and singles them out for opprobrium, hatred and harassment based on their religious, ethnic and/or moral beliefs and identity.”

They added that “because of this, they have no faith and confidence in PSC’s ability to represent them as their exclusive, fiduciary representative, and they desire to end such forced representation.”

The CUNY teachers said they have tried to resign from PSC but are obligated under state law to remain part of “a bargaining unit that is represented exclusively by PSC.”

They said they no longer want to be represented by PSC or be forced to pay dues. The professors also noted feeling “alienated” from PSC “due to its political advocacy and stated positions on Israel.”

PSC and its affiliates represent more than 30,000 faculty and staff at CUNY and the CUNY Research Foundation, according to the lawsuit.