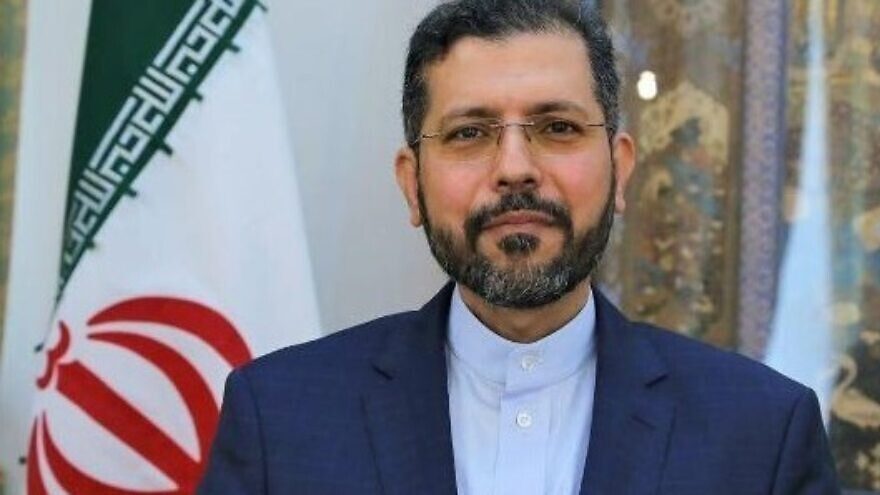 “We will not be going to Vienna for new negotiations but to finalize the nuclear agreement,” he told reporters, according to a report in The Arab Weekly.

Khatibzadeh also blamed the United States for the pause in talks between Tehran and world powers in Vienna. No mention was made of the effect of Russia’s invasion of Ukraine.

“America is responsible for the halt of these talks … a deal is very much within reach,” he said.

On Sunday, Iranian Foreign Minister Hossein Amir Abdollahian spoke by phone with U.N. Secretary-General António Guterres and told him that “we are close to an agreement in the negotiations … and the ball is now in the U.S.’s court,” he said, according to a press release from Iran’s foreign ministry.

The United States, however, conveyed the opposite message, saying the ball is in Iran’s court.

U.S. State Department Spokesperson Ned Price said at a press briefing on March 31 that “there are a small number of outstanding issues. The onus is now on Tehran to make those decisions.”

Price added that the United States is “determined to see to it that Iran must never be allowed to acquire a nuclear weapon.”

Iran has said certain outstanding issues remain, including a demand that the Biden administration removes the Islamic Revolutionary Guard Corps (IRGC) from its designation as a foreign terrorist organization.