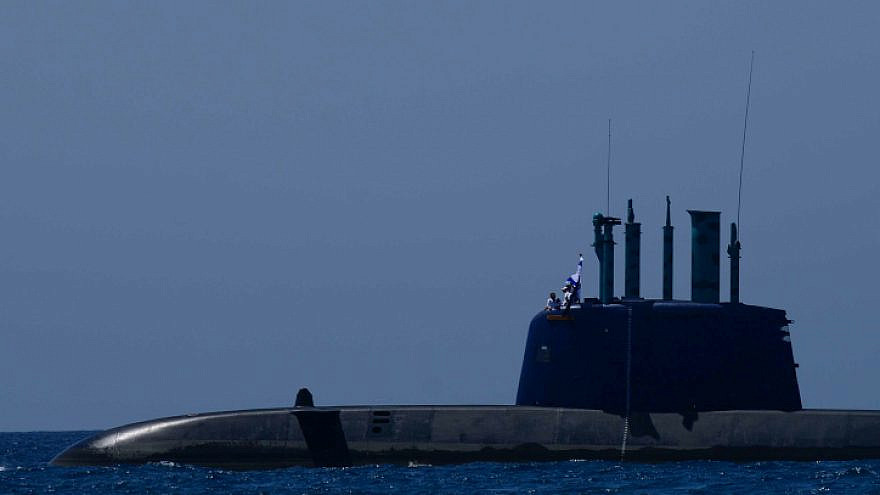 (December 29, 2020 / Israel Hayom) Iran warned Israel on Monday “not to cross” its “red lines” in the Persian Gulf in the final days of U.S. President Donald Trump’s term in office. The warning followed reports that an Israeli submarine was en route to the Gulf.

Earlier this month, Kan 11 News reported that an Israeli submarine had openly crossed the Suez Canal “in a show of force against Iran.“ The move was reportedly approved by Egypt, which controls the canal.

Iranian Foreign Ministry spokesman Saeed Khatibzadeh was cited Monday by French news agency AFP as saying that the Islamic Republic “would defend itself against any American military adventure” in the run-up to the Jan. 20 inauguration of U.S. President-elect Joe Biden.

Last week, the U.S. Navy announced that a nuclear submarine was being deployed to the Gulf.

“Everyone knows what the Persian Gulf signifies for Iran,” Khatibzadeh told an online news conference. “Everyone knows the policies [of Tehran] regarding security and national security, and everyone knows very well how high the risk is if Iran’s red lines are crossed.”

Khatibzadeh further told reporters that Tehran has “sent messages to the U.S. government and our friends in the region [warning] the current U.S. regime not to embark on a new adventure in its final days at the White House.”

He stressed that Iran was not seeking to escalate regional tensions and called for “rational people in Washington” to adopt the same policy vis-à-vis the Biden administration.