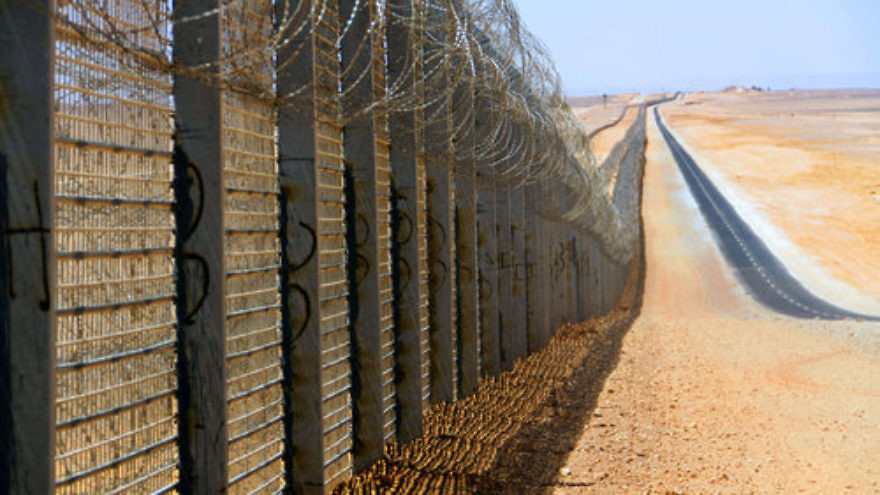 During the last several months, Islamic State has seen its self-declared caliphate in Iraq and Syria erode at the hands of a U.S.-backed coalition. With the recent liberation of Islamic State’s de-facto capital in Raqqa, Syria, by coalition forces, many experts see the jihadist group attempting to bounce back by shifting from “state-building” to bolstering its terror network, including by exploiting lawless areas of the Middle East.

In Egypt’s Sinai Peninsula, despite ongoing efforts by the Egyptian military, an Islamic State-affiliated terror group continues to deliver a succession of painful, deadly attacks on the Arab country’s security forces. With Islamic State’s losses in Syria and Iraq piling up, the Sinai remains an area where the terrorist organization is active and on the attack.

Yoram Schweitzer, head of the Program on Terrorism and Low Intensity Conflict at the Institute for National Security Studies in Tel Aviv, pointed out that Egyptian authorities do not operate in the Sinai like they do in the Egyptian heartland. Egypt’s counter-terrorist campaign “has some achievements, but not enough to solve the problem and to significantly lower ISIS’s activities.”

Egypt has struggled to integrate its security forces effectively, or deploy sufficient special forces, but has been able to cause real damage to Sinai Province during the past year and a half, Schweitzer said.

“I don’t think Sinai Province is getting stronger. To a certain extent, it is weaker, but not enough to be repressed,” he told JNS.org.

Egypt’s efforts are now receiving support from Bedouin tribes in the Sinai—like the Tarabin tribe—who have grown resentful of Islamic State’s presence, said Schweitzer, a former head of the Counter International Terror Section in the IDF.

“The effort is better, but we see that terrorism isn’t breaking,” he said.

“They are still able to strike and kill soldiers in high numbers. The Egyptians can’t solve this problem,” Schweitzer added. One possible reason for this, he said, is the fact that Egypt “still doesn’t see Sinai as central enough. So long as there are not massive attacks in the Egyptian heartland, hitting senior government officials or tourist sites, this view will not change.”

An Israeli security source closely familiar with the Sinai sector offered rare confirmation of what she described as “tactical cooperation” between Israeli and Egyptian security forces on the border.

“We have the same interests,” the source told JNS.org. “We both want to defend the border. We both understand that we are targets for terrorism. Hence we coordinate. It is clear to everyone who the enemy is, and that it is not us or them.”

As evidence, the source pointed out that for the past year and a half, Egypt’s border police forces have constructed posts so that their openings face the Israeli side. “They did this out of an understanding that we have a common interest,” she said. “They understand that Israel is the safe side.”

Israel ‘in their crosshairs’

The Israeli security source said that once in a while, Islamic State’s Sinai affiliate finds “ways to signal to us that we are in their crosshairs.”

Israel does not confirm or deny reports that it launches air strikes on Islamic State in the Sinai, though the terror organization has accused the Jewish state of doing so repeatedly.

It is difficult to estimate the size of Sinai Province, but assessments range from between hundreds and a few thousand members, the Israeli source stated.

“Its weapons capabilities are varied. It has explosives that are both industrial and homemade, and a rocket stockpile that is not large,” she said.

Asked about the scope of the threat to Israel, the source said, “As of now, our understanding is that Sinai Province’s leadership has issued a directive to focus efforts against the Egyptian security forces. We see that this directive is being followed.”

The source was quick to point out that “this does not mean they like us. We are taking into account the fact that a decision, and having the ability, is what separates us from an attack against us.”

The IDF is building up its ability to deal with a variety of potential attacks from terrorists in the Sinai—including attempts to infiltrate into Israel and conduct a major attack.

“Anything that approaches this sector comes under intense surveillance,” the source said.

The Israeli military’s surveillance goes far beyond the Israel-Egypt border fence; any unusual movements are “checked thoroughly,” the source said. Various Israeli intelligence forces have joined forces to keep the area “clean from terrorism,” she added.

The source does not believe that Islamic State is getting stronger in the Sinai, but rather, that the terror group has succeeded in maintaining its power there, while it grows weaker in the rest of the Middle East.

“They created an ability to continue attacking, keeping up their ‘output,’ and it turns out they can continue to recruit successfully,” she said. “This has not happened in other ISIS zones.”

One reason for Islamic State’s continued presence in the Sinai, said the source, is that “for many years…Sinai has been the backyard of Egypt. There was no orderly Egyptian political sovereignty there. This created fertile ground for terrorism to grow uninterrupted.”