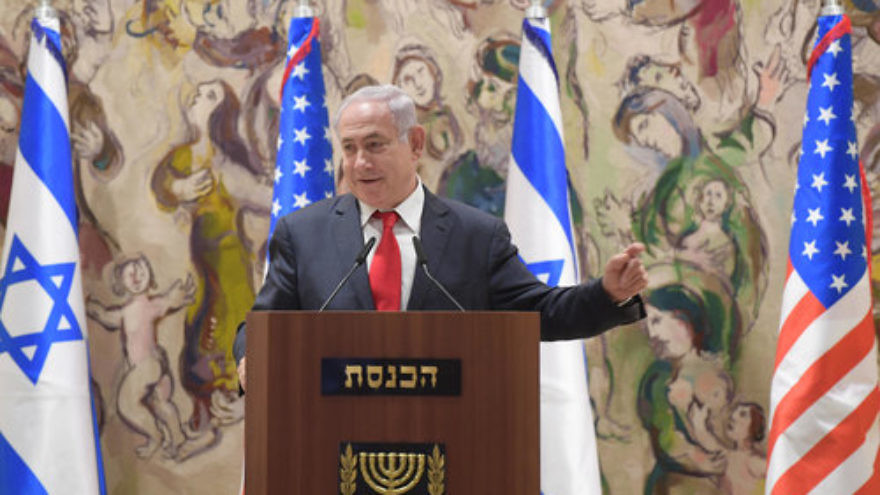 Following recent commemorations around the world for the 50th anniversary of the Six-Day War, when Israel’s territorial victories included taking control of Judea and Samaria, the Israeli government is pledging to strengthen the Jewish settlement enterprise.

At the same time, Israel is preparing for the possibility of another U.S. attempt to broker a formal peace agreement with the Palestinians. In mid-February, President Donald Trump had asked Israeli Prime Minister Benjamin Netanyahu to “hold back on settlements for a little bit.”

Yet Prime Minister Benjamin Netanyahu said June 6, “Alongside our desire to reach an agreement with our Palestinian neighbors, we will continue to protect the settlement enterprise and strengthen it.”

“We are doing this responsibly and with discretion,” Netanyahu added.

For leaders of Jewish communities in Judea and Samaria—the biblical provinces that make up what is commonly referred to as the West Bank—permits to build additional housing are not coming fast enough to meet growing demand.

Oded Revivi, the mayor of Efrat (one of Israel’s largest settlements) and chief foreign envoy of the Yesha Council, a coordinating body for Judea and Samaria’s municipal councils, noted that Efrat has a population of 10,000 but is “zoned for 70,000.”

“I believe Netanyahu wants to build more across Judea and Samaria, but feels held back by the international community,” Revivi told JNS.org.

At an Israeli cabinet meeting June 11, Defense Minister Avigdor Lieberman said construction approvals “for the first half of 2017 are the highest since 1992,” and asserted that “there was and will not be a government that will take better care of the Jewish settlement in Judea and Samaria.”

“Anyone who claims that it was possible to approve more construction in the settlements is not just trying to stretch the rope but to tear it completely, thereby endangering the entire settlement enterprise,” said Lieberman, who lives in the settlement of Nokdim.

Revivi countered, “I don’t believe that Jews should be limited from building in Judea. This is our ancestral homeland and no other people have more of a claim to this place. We are living, breathing people with families and businesses, we need to build a lot more to cater to our growing population. In addition, there is a huge demand for property in Judea and Samaria.”

According to Yishai Fleisher, international spokesman for the Jewish community of Hebron, demand for Jewish housing in Judea and Samaria is at an all-time high.

“The way you can know very quickly if there is enough building is to look at the prices,” Fleisher told JNS.org. “Today the prices for apartments is very high, because the supply of houses is so low, relative to the demand.”

Fleisher explained that within the 700-member Jewish community of Hebron—home of the Cave of the Patriarchs, one of Judaism’s holiest sites—“the demand for housing is large,” despite the Jewish community living in a city with upwards of 200,000 Arabs.

“We have hundreds of families on a waiting list. We haven’t built anything new since 2005,” said Fleisher.

When it comes to government investment and approvals for new Jewish housing, Fleisher said that “many areas across Judea and Samaria are still treated like a stepchild, instead of as part of Israel proper.”

Fleisher said construction in Judea and Samaria is curbed “in order to keep the two-state solution as an option,” even though chances for that outcome “are slipping away.”

Recently, President Trump has referred to making peace between Israelis and Palestinians as “the ultimate deal,” and that he would gladly aid in the negotiations process.

Efrat’s Revivi said, “It’s certainly possible that talks will resume, but to what end? If President Trump wants to get Netanyahu and [Palestinian Authority President Mahmoud] Abbas back at the negotiation table to discuss the same proposals that have failed for two decades, we will be no closer to peace.”

“I believe the answer to peace will come from our communities in Judea and Samaria, which create jobs and real hope for Israelis and Palestinians,” he said. “True peace will be built over generations from the bottom up. The sooner the new American administration understands this, the better.”

One apparent change for the Trump administration is the president’s willingness to break with America’s longstanding firm commitment to a two-state solution. Trump said in February, “I’m looking at two states and one state. I am very happy with the one that both parties like.”

Most Israelis say settlements not ‘occupation’

According to a newly released survey conducted by Dr. Nimrod Rosler of Tel Aviv University and Prof. Daniel Bar-Tal—founder of “Save Israel Stop the Occupation,” an organization that states it “unites Jewish progressive forces in the diaspora with Israeli initiatives for coordinated action and collective impact to end the occupation,” about 70 percent of Israelis by the end of 2016 did not view the Jewish presence in Judea and Samaria as an “occupation,” compared to 51 percent in 2004.

Further, the survey said 67 percent of Israelis did not view Jewish settlements as a threat to Israeli democracy, and about 66 percent were not bothered that Israel “is ruling already 50 years over the Palestinians in the territories.”

“Within Israel, most people understand that the 450,000 Israeli residents of Judea and Samaria are an irreversible fact,” Revivi said. “The vast majority of Israelis have friends or relatives living in our communities and understand that we are here to stay.”