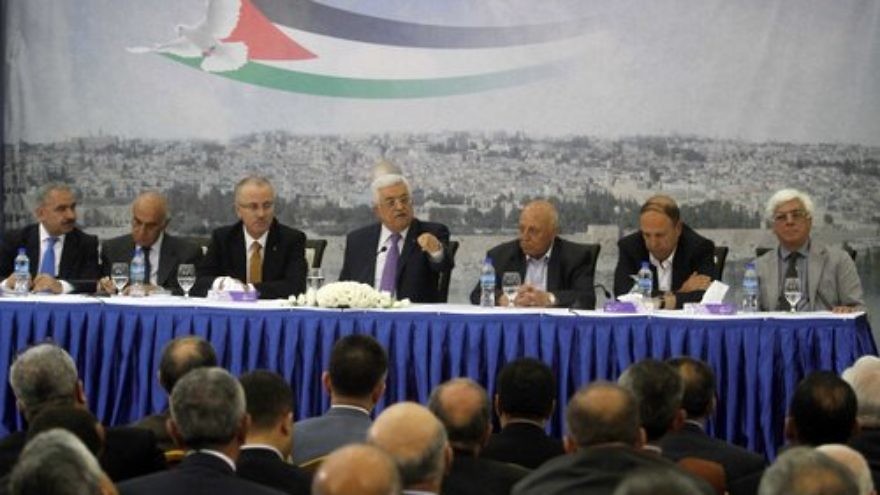 Israeli Defense Minister Avigdor Lieberman recently declared the Palestinian National Fund a terrorist organization for its “continuing and ongoing activity in providing massive support for elements responsible for committing severe acts of terrorism against Israel.” The designation was groundbreaking, but it might be just the first step in thwarting the fund’s influence.

A statement released by Israel’s Defense Ministry affirmed, “As of today, all necessary actions will be taken in Israel and overseas in order to seize and confiscate property and assets designated for, or belonging to, the fund.”

According to Israeli counter-terrorism expert Boaz Ganor, founder of the International Institute for Counter-Terrorism (ICT), defining an entity as a terrorist organization allows a government to prosecute the group’s members, confiscate its funds and take over its facilities and properties.

Dr. Eitan Azani, ICT’s deputy director and a researcher of the financing of global and regional terrorism, said during a February press conference, “If it’s not designated, at the end of the day, we will not be able to counter the operations of [a terrorist] group.” But designating an organization as a terrorist group, he argued, is only the first step in effectively combating global terror. Appropriate steps include international cooperation as well as a better understanding of terrorists’ rationale and motives within governments and counter-terrorism practitioners, Azani said.

His colleague, Ganor, prefers to call the Palestinian National Fund a “sponsoring terror organization” rather than a general “terror organization,” as he believes the former better reflects its crimes. He said he does not know whether or not Israel warned Palestinian Authority (PA) President Mahmoud Abbas before designating the fund as a terror group, but hopes the Jewish state did issue that warning.

The Palestinian National Fund, often in partnership with the PA, financially incentivizes terrorism by paying imprisoned Palestinian terrorists and their families salaries—the longer the sentence, the greater the payments to the prisoners and their families. The fund also supports the relatives of terrorists who were killed while perpetrating acts of terror against Israel.

Overall, the fund successfully transfers millions of dollars every month to imprisoned Palestinian terrorists and their family members. This money is provided by U.S. and European taxpayers via their governments’ foreign aid to the PA.

“A terrorist that knows he and his family will get monetary support if he will be killed or jailed takes this under consideration in his decision to commit attacks,” noted Ganor. “On top of other considerations, he now feels he is doing an altruistic act towards his family, knowing that they will benefit from his activity.”

Indeed, according to a May 2016 report by the PLO Commission of Prisoners’ Affairs, Khouri instructed the Palestinian Ministry of Finance to pay $9 million in release grants, which, under Palestinian law, allow terrorists, who were imprisoned for more than five years in Israel, to receive a salary from the PA upon their release. Terrorists who served less than five years receive a lump sum when freed.

Lieberman’s declaration was in accordance with his authority under United Nations Security Council Resolutions 2322 and 1373, which condemned terrorists’ use of technology to fund their actions; invoked nations’ duty to prohibit their citizens from “making any funds, financial assets or economic resources or financial or other related services available, directly or indirectly, for the benefit of persons who commit or attempt to commit or facilitate or participate in the commission of terrorist acts;” and called upon member states to share information about terrorist fighters, individuals and organizations.

Since the 9/11 attacks and the subsequent enactment of U.N. Resolution 1373, the U.S., along with Israel and the international community, has been at the forefront of the campaign to counter the financing of terrorist organizations.

Since then, said ICT’s Azani, “we’ve found that time after time, if you close one channel, [terrorist groups] open another. If you close this channel, they open a third channel.”

Eliana Rudee is a fellow with the news and public policy group Haym Salomon Center. Her bylines have been featured in USA Today, New York Daily News, Forbes, and The Hill.