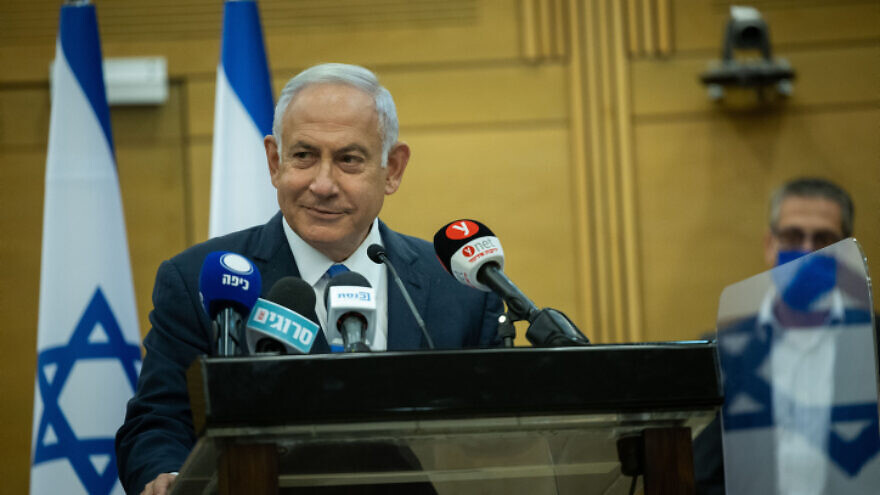 According to the polls on all three major channels, Netanyahu would be able to form a 61-seat or 62-seat right-wing/religious coalition.

“This is a good beginning,” the former prime minister said shortly after the results were revealed. “We expect the numbers to increase. We will wait for the final results.”

The other right-wing parties received the following number of votes from Channel 12: Religious Zionism 14; Shas 10; and United Torah Judaism 7.

The Arab parties polled as follows: Ra’am 5 and Hadash-Ta’al 4.

The Balad party did not cross the 3.25 percent vote threshold to enter the next Knesset, and neither did Ayelet Shaked’s Jewish Home party. 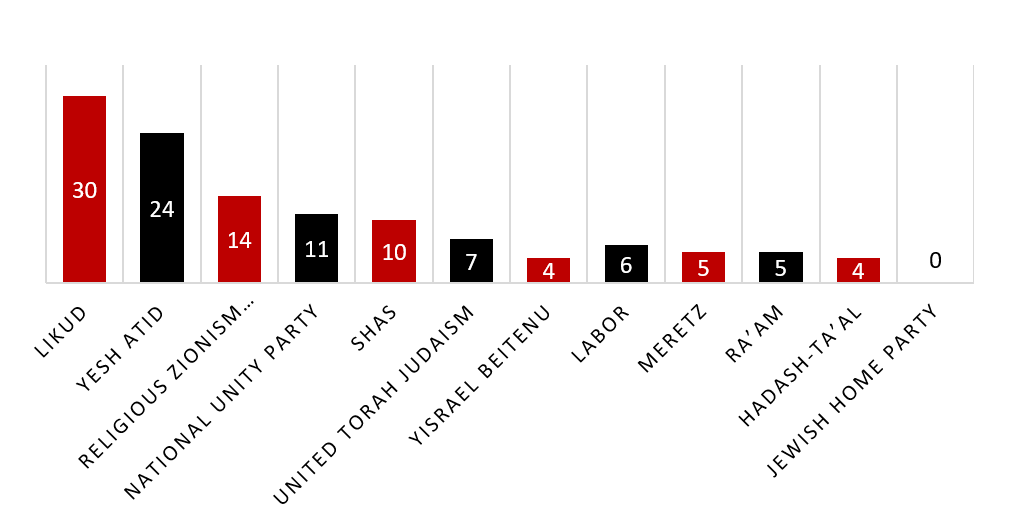 According to Channel 13‘s exit poll, the Likud Party was projected to win 31 seats, with Religious Zionism at 14; Shas 10; and United Torah Judaism 7. Together, the center-right would have 62 seats.

The center-left parties would receive the following number of seats, according to the Channel 13 exit poll: Lapid’s Yesh Atid 24; National Unity 12; Labor 5: Meretz 4; and Israel Beiteinu 4. Ra’am was predicted to win 5 seats and Hadash-Ta’al 4.

Notably, the pollster that conducted the Channel 13 survey highlighted the fact that the anti-Zionist Balad Party’s percentage of the overall vote had reached 3.1%, just short of the electoral threshold of 3.25%. If Balad surpasses the threshold, then Netanyahu’s bloc is projected to win 60 seats, just shy of a majority. However, Ra’am leader Mansour Abbas told Israeli telelvision that he does not believe that his fellow Arab party will get enough votes to enter the next parliament.

Ra’am was predicted to win 5 seats and Hadash-Ta’al 4.

Shas leader Aryeh Deri hailed what he described as his party’s “incredible achievement” and pledged to look out for the country’s “the weakest sectors… [and] strengthen the Jewish identity of Israel.”

Israeli President Isaac Herzog will need to designate a candidate to form a government by November 8, and based on these results it will likely be Netanyahu. The former prime minister would have four weeks to form a coalition, with the possibility of a two-week extension.

World Likud head Danny Danon, a former ambassador to the United Nations and minister of science, technology and space, said in response to the prospective Likud Party victory: “The State of Israel is today finally returning to its common sense. After years of political instability, the citizens of Israel voted today in favor of a national government that will restore security and governance to the cities of Israel. In the coming days we will establish a stable and strong national government that will work for all the citizens of Israel.”

Some 4,843,023 people, or 71.3% of eligible voters, cast ballots in Tuesday’s elections for the 25th Knesset, according to the Israeli Central Elections Committee (CEC), the highest turnout on Election Day since 2015.

The high turnout reflects the electorate’s trust in the Jewish state’s democratic system, said Herzog during a visit earlier Tuesday to the Central Elections Committee at the Knesset.