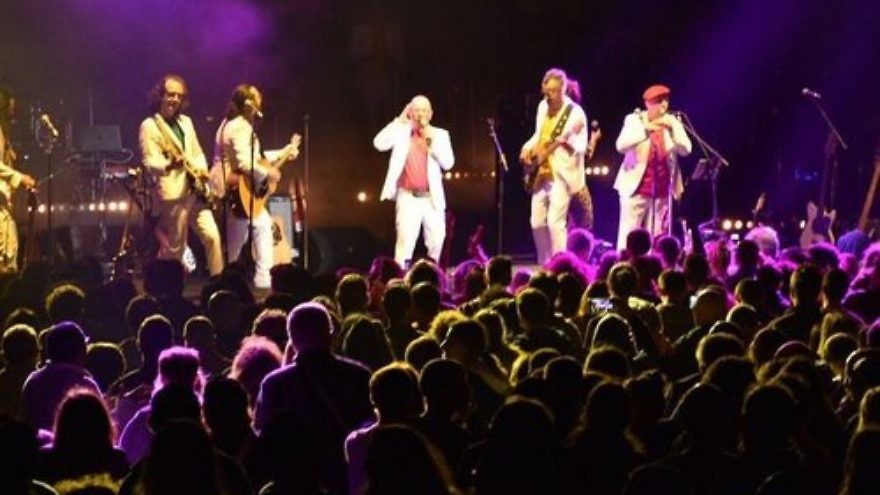 Following the recent 50th anniversary of Jerusalem’s reunification, the city is going through a renewal of multiculturalism underscoring the richness of its diversity. The Israel Festival, which celebrates this transformation through music and art, runs through June 18 at the Jerusalem Theatre and other local venues.

Through its avant-garde fusion of music, theater and dance, the festival offers an innovative, contemporary and interdisciplinary platform to widen the conversation about global cultural landscapes.

The festival’s opening event, the “Groove Party,” encapsulated this message, bringing together musical legends such as Knesiyat Hasekhel and Teapacks, both founded in the southern Israeli city of Sderot and known as pioneering bands that have significantly influenced Israeli musical identity.

The members of Teapacks are of Tunisian, Moroccan, Bulgarian, Romanian, Polish, Russian and Yemenite heritage—a diverse mix likely to be found only in Israel. Joining the lineup is the Firqat Alnoor Orchestra, made up of religious Jewish and Arab musicians, who together with Israeli-Arab singer Nasreen Qadri bring a distinctive East-West sound.

Liora Itzhak, the epitome of Israeli-Indian harmony, brought Bollywood to the stage, while A-WA and Yemen Blues rocked the hottest Yemenite sounds in the Middle East.

“The program presents art that is in search of its own expression and independence in the face of the present zeitgeist in which we live: the ever-exacerbating social and economic divide, national extremism and terror, the erosion of fundamental democratic values and artist expression, technological advancement alongside utter helplessness in the face of the forces of nature, unprecedented access to information and the ethical questions that come with it,” Sher said.

The festival seeks to remove barriers for Jerusalem’s various demographic groups, including immigrants, people with disabilities, haredi Jews, Arabs and individuals from low socioeconomic backgrounds. Sher estimated that 10-15 percent of the audiences in the festival’s public events are Arabs from eastern Jerusalem.

The festival is partnering with Jerusalem organizations that use their art to advance intercultural dialogue. One past festival event run by Muslala (“the meeting point”) had Israelis and Arabs meet under a bridge in Jerusalem’s Pat neighborhood at the intersection of a mixed Jewish-Arab neighborhood, next to the Max Rayne Hand in Hand Jerusalem School, a Hebrew-Arabic bilingual school. At the meeting point, participants drank coffee, ate watermelon and listened to music together—much like the “watermelon stands” that brought Jews and Arab together after the Six-Day War.

The Israel Festival works with British, French, American and German institutes to offer partnerships between Israeli domestic and international visiting artists. While the festival doesn’t specifically focus on promoting a positive image of Israel to the world or combating anti-Israel boycotts, those are byproducts of the festival’s international collaboration.

Sher noted that over the years, the festival has routinely brought artists to Israel who were initially hesitant to attend for a variety of reasons, ranging from politics to personal safety. But after visiting, he said, these artists were pleasantly surprised by the normalcy and diversity of the Jewish state, “unlike the way it is portrayed in the media.”

Eliana Rudee is a fellow with the news and public policy group Haym Salomon Center. Her bylines have been featured in USA Today, New York Daily News, Forbes, and The Hill.