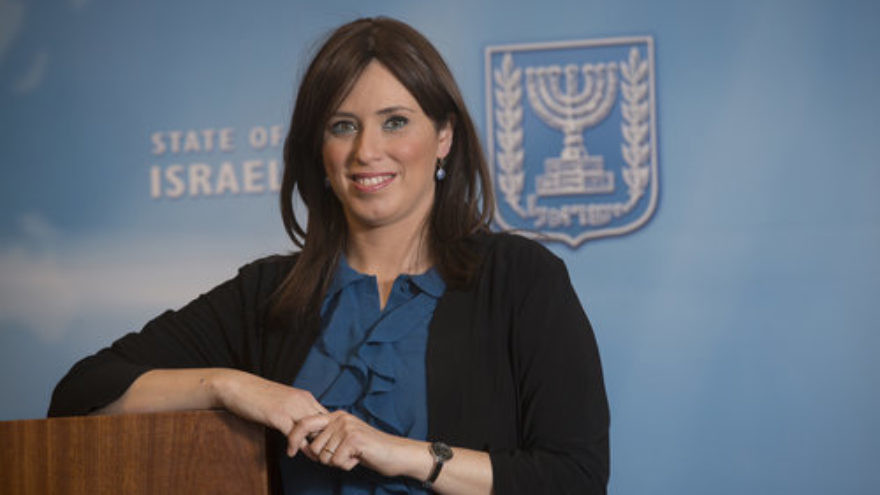 The purpose of the tour was to show the group, which is stationed in Israel, the security reality along Israel’s southern border.

On their first stop, the diplomats were shown a Hamas terror tunnel discovered by Israel in January under the Kerem Shalom border crossing—the only goods crossing into the coastal enclave.

Hotovely, of the Likud Party, explained that the dire humanitarian situation in Gaza “is due to the internal Palestinian crisis; Israel is not responsible for it.”

Discussing possible formulas for a peace agreement with the Palestinians, Hotovely stated that “the two-state solution is no longer relevant.”

Gaza Division Deputy Commander Col. Guy Bitton was on hand to brief the diplomats as well.

On Monday, Hotovely joined a chorus of criticism from right-wing politicians leveled at the American Israel Public Affairs Committee for endorsing the two-state solution to the Israeli-Palestinian conflict.

“U.S. Jewry should, in many senses,” she said, “change the record about a lot of its basic assumptions of the Israeli-Palestinian conflict.”