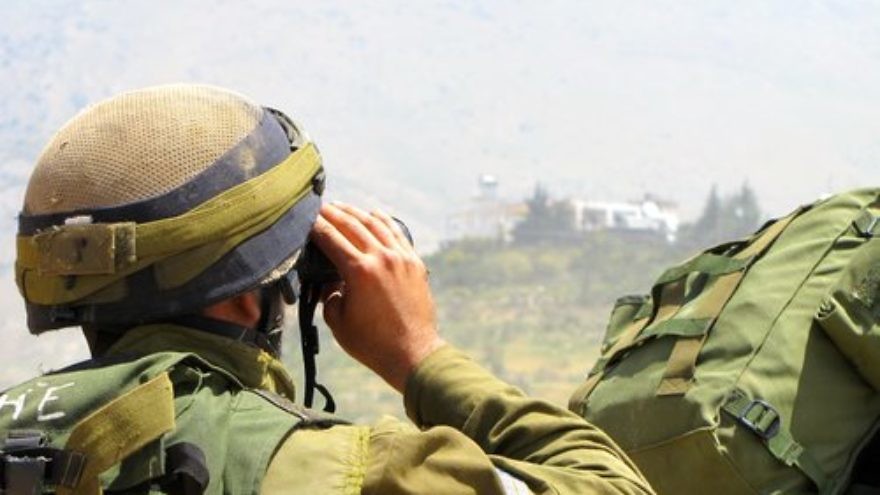 (December 11, 2017 / JNS) A recent surge in alleged Israeli strikes on targets in Syria appears to suggest a new Israeli urgency to block Iran’s spread into the war-torn country. So far, neither Iran nor its terror proxies have retaliated.

Yet the lack of retaliation is not something that can be counted on forever and Israel’s deterrence is not a cast iron concept that will always come through, warned a former senior Israeli defense official.

“I do not know if [Iran and its proxies] are deterred or not,” Maj. Gen. (res.) Yaakov Amidror, former national security advisor to Prime Minister Benjamin Netanyahu, told JNS.

The latest purported Israeli strikes in Syria targeted weapons production facilities and an Iranian military base.

Amidror, who also headed Israel’s National Security Council, cautioned about the limits of deterrence, saying that it “is an evasive matter that must be examined per incident.”

In the new regional reality, Syria and Lebanon have merged into a single, two-part front, according to Israeli intelligence assessments.

With Iran’s chief proxy, the heavily armed Hezbollah, deployed in both Lebanon and Syria, and with the Islamic Revolutionary Guard Corps building up the military capabilities of Iran’s clients in Syria and Lebanon, it is seemingly no longer possible to view the Lebanese-Syrian border as holding any real significance.

This was reflected in comments made by Israeli Defense Minister Avigdor Lieberman, who stated in October, “In the next war in the north, there will be only one sector, the northern sector, Syria and Lebanon together.”

This has required the IDF’s Northern Command and Military Intelligence Directorate to change the way they operate in Israel’s northern arena, allowing them to better track movements of weapons and fighters across the border.

Prof. Eyal Zisser, an expert on Syria at Tel Aviv University, said the Iranian-led axis has little interest in getting involved in an escalation with Israel over its reported strikes in Syria at this time.

“It prefers to allow Syria to respond, or not to respond. Syria is no one’s land. This allows everyone that is part of this arena to avoid getting too entangled,” Zisser told JNS.

“But I assume that Iran continues to try and consolidate itself in Syria, friction can be created that will eventually compel it to respond, if Israel continues to attack,” he said, adding, “At the moment the war there continues, and the priority [for Iran] is to first of all win, and leave Israel to the side.”

Whether it is deterred by Israel, or simply too busy to become involved in a war with Jerusalem, the Iranian axis is continuing to make progress in linking Syria to the Iranian zone of influence.

“On the one hand, they have a land corridor from Tehran, through Baghdad, to Damascus and Beirut. And they have forces in Syria,” Zisser said, describing Iran’s activities in the region.

“On the other hand, the Russians will certainly try to limit them,” he said. “They have a presence and they cannot be ignored, but this does not mean that Syria is in their control.”

Addressing Monday’s announcement by Russian President Vladimir Putin of Moscow’s withdrawal of troops from Syria, Zisser said such statements cannot be relied upon.

“Putin has already announced a withdrawal a few times, and in reality everyone stayed,” he said. “I think that this time too, the withdrawal will be partial and symbolic, and will not influence Russia’s presence and standing in Syria.”

Zisser believes that while there are enough elements to prevent an escalation in Syria from triggering a new Hezbollah-Israel war at this time, a victory in Syria could prompt the Iranian axis to grow more provocative towards the Jewish state.

“The Iran axis or Hezbollah could become more aggressive towards their rivals,” Zisser said. “That could increase tension in Lebanon.”