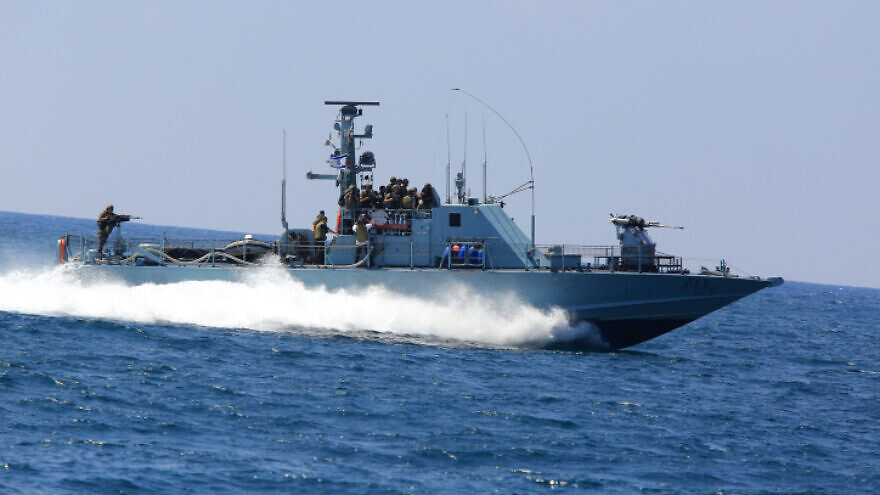 (May 11, 2022 / JNS) The Israeli Navy and the Israel Security Agency (Shin Bet) last month disrupted an attempt by Gazan terror factions to smuggle weapon components into the Gaza Strip by sea, the Israeli military announced on Wednesday.

Security forces tracked three Palestinians as they set out in a vessel from the Gaza coast towards Egypt, according to the Israel Defense Forces.

“When they tried to cross the border into Egypt’s territorial water, they were arrested by IDF units,” said the military.

Subsequent Shin Bet questioning revealed that the three were working “in full coordination with and on behalf of Hamas elements in the [Gaza] Strip” and had intended to smuggle “forbidden equipment, some of which was destined for Hamas,” the navy said in a statement.

One of the suspects had been arrested two years ago following a failed weapons smuggling attempt on behalf of Hamas, and served a year in an Israeli prison, according to the statement.

“We hit a significant attempt to transfer components for making weapons used by terror organizations in the Gaza Strip,” said Ashdod Base Commander Col. Eli Soholitzki. “The IDF is working continuously to prevent terror organizations from building up their force and infrastructure,” he added.