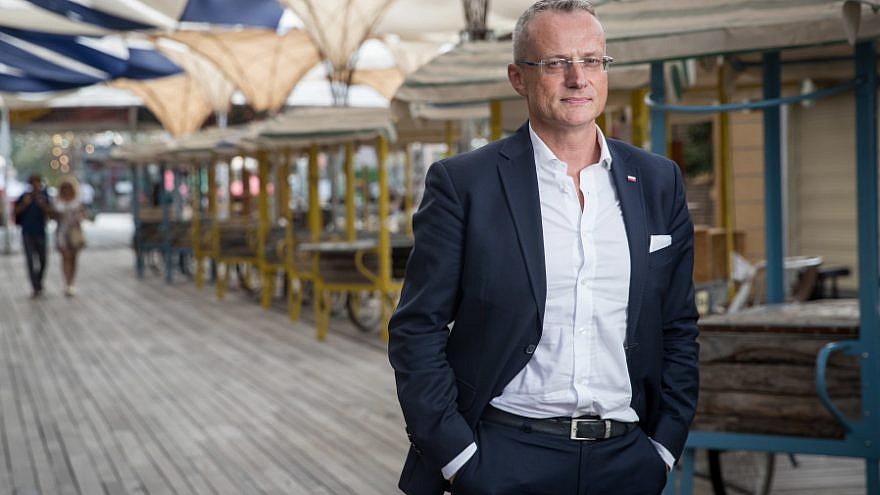 (December 30, 2019 / JNS) A Tel Aviv Court found Arik Lederman, 65, guilty on Monday of assault for spitting on Poland’s ambassador to Israel, a sentence that has a maximum sentence of two years in jail, Reuters reported.

The court deferred sentencing for the May 14 incident, when Lederman hit the ambassador’s car, then opened the door and spat on him twice.

He later apologized and said the car honked at him, and that he didn’t know the ambassador was in the car. Under a plea bargain, an additional charge of criminal threats was dropped, according to the report.

Lederman claimed that he came to the embassy in order to ask about restitution from Poland for his family, which suffered through the Holocaust and had been turned away.

Israel-Poland relations have suffered in recent years in a spat over the eastern European country’s role in the Holocaust, though defense and other ties remain strong.