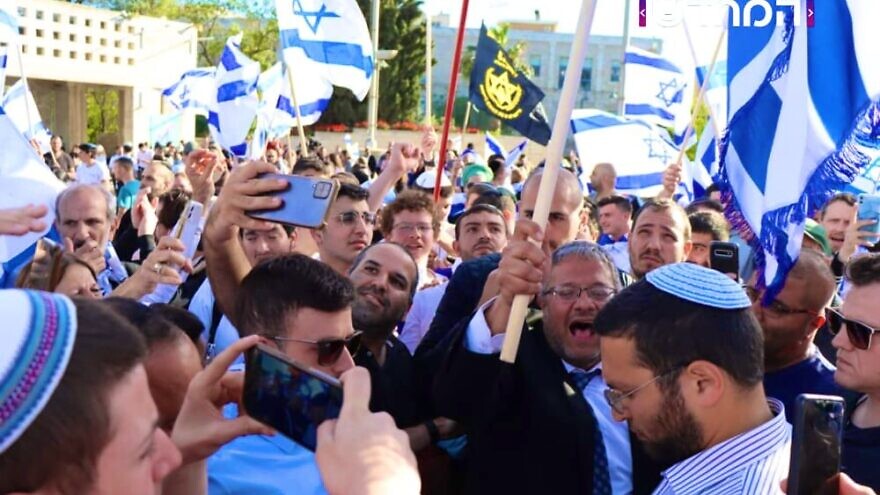 (April 21, 2022 / JNS) Israeli Police blocked a right-wing flag march through Jerusalem on Wednesday that participants said was a response to what they see as a weak government reaction to Arab violence in the Old City.

The police said they allowed the marchers to walk towards the Jaffa Gate, though hundreds tried to pass by the police barricade. Police removed dozens of young protesters that had gathered near the Damascus Gate area to prevent tensions from rising.

Members of the Israeli government called the march, which was joined by Knesset member Itamar Ben-Gvir of the far-right Otzma Yehudit Party, a “provocation.”

Israeli Prime Minister Naftali Bennett had ordered police to block Ben-Gvir from reaching the Damascus Gate, the entrance to the Muslim Quarter.