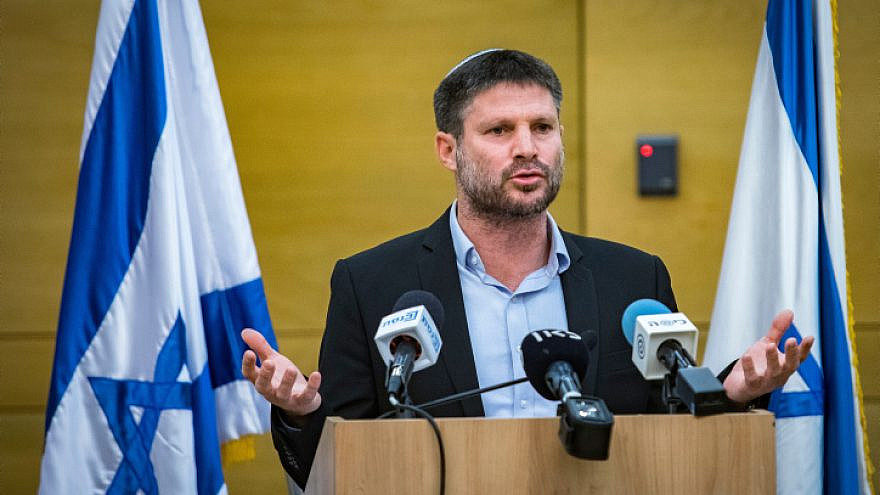 (February 10, 2022 / JNS) The Israeli right harshly criticized the Board of Deputies of British Jews on Thursday after the U.K. group told the head of Israel’s Religious Zionist Party to “get back on the plane” over his political views.

“We reject the abominable views and hatred-inducing ideology of Bezalel Smotrich and call on all members of the British Jewish community to show him the door,” the group tweeted in Hebrew.

In a subsequent tweet, the group said, “The translation function doesn’t quite convey the meaning of the last phrase. It’s more like: ‘Get back on the plane Bezalel and be remembered as a disgrace forever.'”

Smotrich was in the country to meet with leading rabbis and Jewish leaders.

Coming to Smotrich’s defense, the Likud Party said, “We categorically reject this shameful tweet that was posted by the umbrella organization of British Jews against MK Bezalel Smotrich. In doing so, they have sought to delegitimize an entire sector, one that loves the Jewish people and the land of Israel and that is represented faithfully by MK Smotrich and his Religious Zionism Party.

“It is obvious that this organization would never have treated a Knesset member from the post-Zionist left wing in such a manner, even those who reject the existence of the State of Israel as the national home of the Jewish People,” it said.

Yaakov Hagoel, chairman of the World Zionist Organization and acting chairman of the Jewish Agency, condemned any boycott of “Israeli elected officials democratically elected by the Israeli public.”

“Such expressions undermine the foundations of the unity of our people and the reciprocity required for its continuity. They actually help our enemies, since history has already shown that they do not distinguish between opinions and backgrounds,” he said.

“We are one people. Right and left, ultra-Orthodox and secular, Ashkenazi and Sephardi. Our power is in our unity. Unity and not uniformity!” he added.

Smotrich himself responded by tweeting, “Jews of Britain, I love you, all of you.”

However, some Israeli lawmakers joined the Board of Deputies in its criticism of Smotrich.

Knesset member Gilad Kariv of the Labor Party said, “There is nothing surprising about Diaspora Jews answering Smotrich in a language he understands. The man traveled to Britain in order to deepen the division and the tension between different factions and communities. It is good that the organization that represents Britain’s Jews set aside traditional British manners in favor of Israeli chutzpah.”

Dan Lavie contributed to this report.