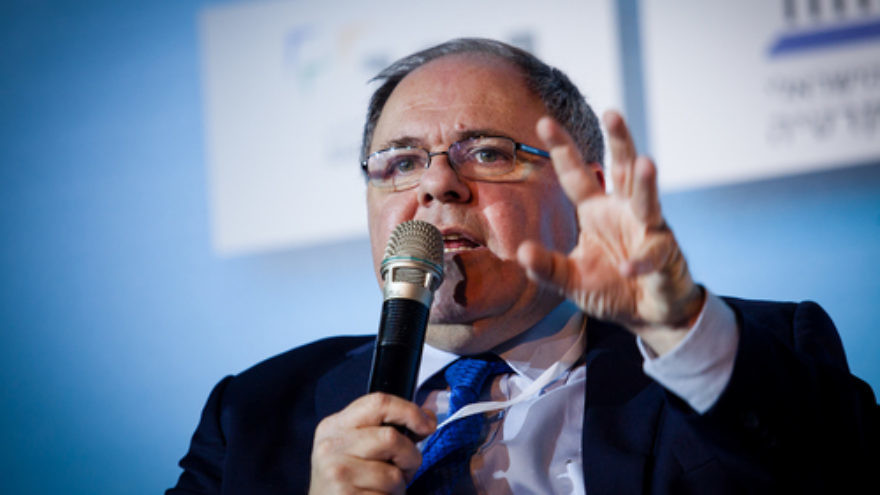 Brazil says it will not confirm the Israeli ambassador-designate to the South American nation, Dani Dayan, because it does not want to “show support for the settlement enterprise,” for which Dayan has been an activist. But anyone familiar with Brazilian history knows that it has an extensive “settler” history of its own.

The Portuguese settler leader Pedro Alvares Cabral is said to have “discovered” Brazil in the year 1500, although the indigenous tribes living there since time immemorial no doubt saw things differently. The natives numbered at least several million people—divided among an estimated 2,000 tribes—but they were no match for European settlers carrying rifles and tuberculosis. Centuries of persecution, slavery, and exploitation of natural resources became the hallmarks of the Portuguese occupation regime. Before long, more than 90 percent of the natives had been wiped out.

As the years passed, a colorful array of additional Portuguese settlers duly arrived—traders, slave-dealers, Jesuit missionaries, and more. The discovery of gold in the Minas Gerais region in 1693 was a cause for considerable excitement—except, that is, among the locals, who soon found their native lands overrun by hordes of speculator-settlers and all the unpleasantries that accompany a rapacious gold rush. The occupiers were not inclined to give the tribesmen a vote on any of that, of course.

Brazil’s surviving indigenous tribes today number only about 800,000, in a nation of more than 200 million settler-descendants. Sadly, the legacy of settler violence persists. Just last month, Amnesty International sent a letter to Brazilian president Dilma Rousseff—she’s the one who said she doesn’t want to “show support for the [Israeli] settlement enterprise”—charging her with mistreating the Guarani-Kaiowá indigenous people.

Twenty-two years have passed since the deadline expired for the Brazilian government to demarcate the tribes’ lands, and yet “not a single community has been able to reclaim their traditional territory,” Amnesty wrote, adding, “They have not been able to access their ancestral lands,…have been further marginalized, and have had no access to essential services.”

Indigenous people seeking to reclaim their lands “are subject to violence, including murder,” wrote Amnesty.

The United Nations Special Rapporteur on the Rights of Indigenous Peoples has found that “a severe lack of access to their traditional lands” has led to “extreme poverty and related social ills, giving rise to a pattern of violence that is marked by numerous murders of indigenous individuals as well as by criminal prosecution of indigenous individuals for acts of protest.” The suicide rate among the Guarani- Kaiowá is thirty-four times higher than the Brazilian national average.

The U.S State Department’s most recent report on human rights around the world noted that the Brazilian government has failed to protect the indigenous tribes from the harmful effects of dam construction and other major development projects. “Illegal logging, drug trafficking, and mining, as well as changes in the environment” from the development has led to “displacement of local communities,” the report said.

Construction related to preparations for last year’s World Cup soccer tournament in Brazil was so devastating to the indigenous peoples that more than 1,500 tribesmen—not exactly accustomed to marching with bullhorns and picket signs—staged protests. “Some of the demonstrators were armed with traditional weapons, and one police officer was injured by an arrow,” the State Department noted.

Feminist activists say that indigenous women are particularly at risk. According to Feministing.com, the construction of Brazil’s massive Belo Monte dam (the third-largest dam in the world) has already attracted “tens of thousands of migrants” (let’s call them settlers), which “has led to an increase in sexual violence against [indigenous] women and children and sex trafficking.” The dam will result in the displacement of “as many as 20,000 people, and whole tribal cultures could be lost…When this happens indigenous and marginalized women will suffer the most.” The feminists’ petition to the recent Paris climate talks for action to protect the tribes from the Belo Monte dam was unsuccessful; the language in the Paris agreement referring to indigenous peoples was confined to the non-binding preamble. It was another victory for the settlers, another a defeat for native Brazilians.

All of which brings us back to the current Israel-Brazil diplomatic impasse.

Governments sometimes show their dissatisfaction at another country’s policies by refusing to recognize its ambassador. If the Brazilian government wants to express its displeasure at Israel’s settlement policy by refusing to confirm the Israeli ambassador, that is of course its right. But the Brazilians should keep in mind that what’s good for the goose is good for the gander. The Israeli government could decide that the Brazilian ambassador in Israel, as the representative of a regime anchored in centuries of settler violence and exploitation, is no longer welcome in the Jewish state.

Dr. Rafael Medoff, a Washington, DC-based historian, is the author of 16 books about Jewish history, Zionism, and the Holocaust.