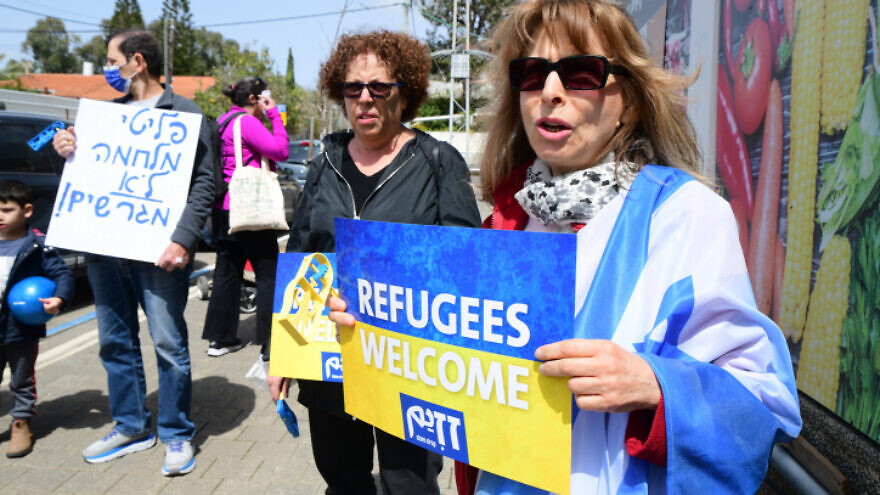 (March 27, 2022 / JNS) The majority of Israelis are opposed to providing Ukraine with military aid, such as the Iron Dome missile-defense system, a new survey by the Israel Democracy Institute (IDI) has found.

The survey, released on Friday, only a few days after Ukrainian President Volodymyr Zelensky called for military assistance from the Jewish state, found that 67% of Israelis were opposed to the move, 22% would support the transfer of weapons and 10% were unsure.

On the other hand, Israelis said “it would be better if Western countries intervened militarily against Russia” rather than solely implementing economic and other sanctions. Some 44% said the West should take military action in the area.

The survey was taken by IDI’s Viterbi Family Center for Public Opinion and Policy Research with the aim of understanding the stances of Israelis on the conflict. The survey included both native-born Israelis and immigrants from the former Soviet Union (FSU).

Some 73% of Israelis said they were following the conflict at least to a “fairly large extent” with 25% reporting that events between Russia and Ukraine are affecting their lives on a personal level.

When asked how Israel is doing in its response to the conflict, and where the country should aim its support efforts, 76% of Jewish respondents said that Israel should prioritize humanitarian aid for Jews in the conflict zone; only 27% of Arabs said they felt the same way.

There are vast differences between political camps, the survey found: While less than half (48%) of the left said Israel should prioritize the Jews, 72% in the center and 83% on the right said Jews should be prioritized.

Almost half (48%) of Israelis think the scale of the humanitarian aid being provided by Israel to Ukraine is appropriate, nearly a quarter (23%) think it is too little and a little more than one-tenth (12%) say it is too much. The rest do not know.

Moreover, 24% of Israelis said that they personally contributed assistance to Ukrainian citizens, either through financial or equipment donations or by other means.

When it comes to taking in Ukrainian refugees, there are once again big differences between political camps.

Collectively, 44% of Israelis support absorbing refugees regardless of religion. However, less than 31% of people on the right want to take in non-Jews, compared to just over 60% in the center and 74% on the left.

The more religious people are, the less likely they are to want to open the borders, the survey found. Only 6% of ultra-Orthodox support an open border policy, compared to 20% of National Religious Jews, 35% of traditional-religious and 60% of secular Israelis.

Finally, although the majority of Israelis believe the war has nothing to do with Israel but was instigated by and is the responsibility of Russian President Vladimir Putin, Israelis are concerned that the escalation will negatively impact them and their country.

More than 34% said the war would harm Israel’s regional-strategic security situation, and 61% said it would negatively affect Israel’s economy.

The message Israelis are almost unanimously taking from the Russia-Ukraine war, the survey found: Israel can only rely on itself.

A whopping 89% of Jewish Israelis agree that the events in Ukraine should teach Israel that it cannot rely on international bodies to maintain its security and that the country can only rely on itself for defense, according to the survey.