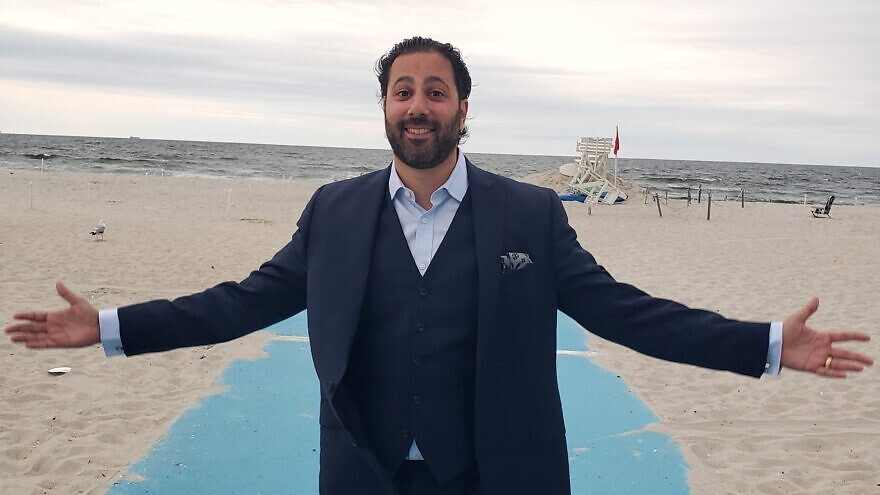 (February 7, 2022 / JNS) For Eli Lunzer, the road to Super Bowl Super LVI started weeks before the team match-ups were determined. Lunzer will arrive in Los Angeles for a nonstop week of work before the Cincinnati Bengals and Los Angeles Rams players even get to SoFi Stadium for kickoff, scheduled for Sunday at 6:30 p.m. EST. And he will work around the clock, except for Shabbat, for a solid week.

“I am a shadchan,” says Lunzer, using the Yiddish word for “matchmaker.” Meaning, he explains, “I connect brands, athletes, influential talents and celebrities.”

The Jewishly observant Manhattan resident in his early 40s—founder and principal of Eli Lunzer Productions—describes himself as a sports and entertainment marketing agent.

In fact, he has become a fixture in sports marketing, branding, event sponsorship and in the Jewish social-events space, specializing in talent access, brand development, and event planning and production. And he spends a good deal of time schmoozing with pro-athletes, hip-hop artists and other high-profile people at such events as the NBA All-Stars, Masters Tournament, U.S. Open, Grammy Awards, MTV Awards and Sundance Film Festival.

“We create events in conjunction with the NFL draft, the Super Bowl, the ESPYs and more. We take brands and introduce them to celebrities and athletes, get endorsement deals and look for opportunities for them to build their brand on and off the courts.” As part of his job, Lunzer also arranges appearances at various events for such celebrities and athletes as the New York Giants’ Saquon Barkley and New York Yankees’ legend Johnny Damon.

Lunzer also puts on entertaining events in the Jewish world, including the annual “Official Xmas Eve Bash for Young Jewish Professionals in NYC” and “The Official NYC Purim Bash.” 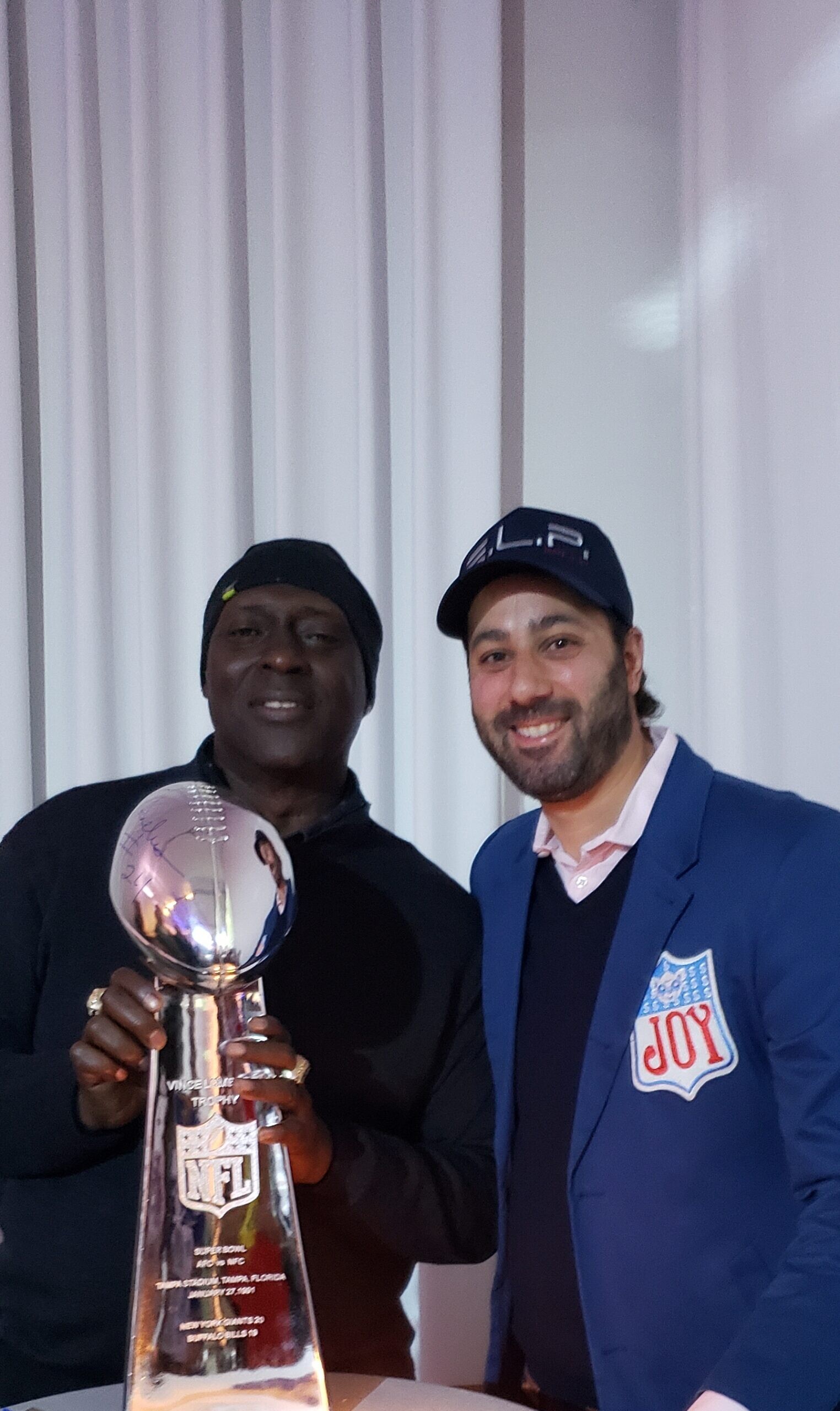 But for now, a great deal of his energy and attention is on Super Bowl week. After all, it’s big business: In 2021, some 96.4 million people watched the 55th Super Bowl with 2020 having an even larger audience at 99.9 million viewers. The average ad spot for the 80 to 90 commercials during the Super Bowl costs $6.5 million per half a minute.

Lunzer, who has attended the past 10 Super Bowls, described the week before as “a convention for the sports industry,” where he will be meeting with current and prospective athletes, managers and agents and brands, and helping plan, produce and attend events. He will have three other members of his team on the ground in Los Angeles. “I am always adjusting (I may have six events in one night). But I am happy if I get to two!”

One event he attends will be an “invite-only” red-carpet, music and food event, where 25 major brands such as Under Armor, a CBD company and a private jet company will meet and reach out to sports legends. “It is the closest opportunity for the brands to get their products in their hands.”

Lunzer and his company also sell Super Bowl packages that include tickets and tailgate parties. His company also arranges an after-party for one of the teams.

Yet he is clear about one thing—Shabbat is a true day of rest—even during the frenzy of this week. “No matter what happens, Shabbos is Shabbos. My phone is off.”

He acknowledges that it is “super-hard” since many events take place on Friday nights and Saturdays. “I have missed some of the biggest events,” he acknowledges. On the flip side, he adds that he has also “walked hours and hours” to synagogues in various cities and has had Shabbat meals with interesting people in the industry. 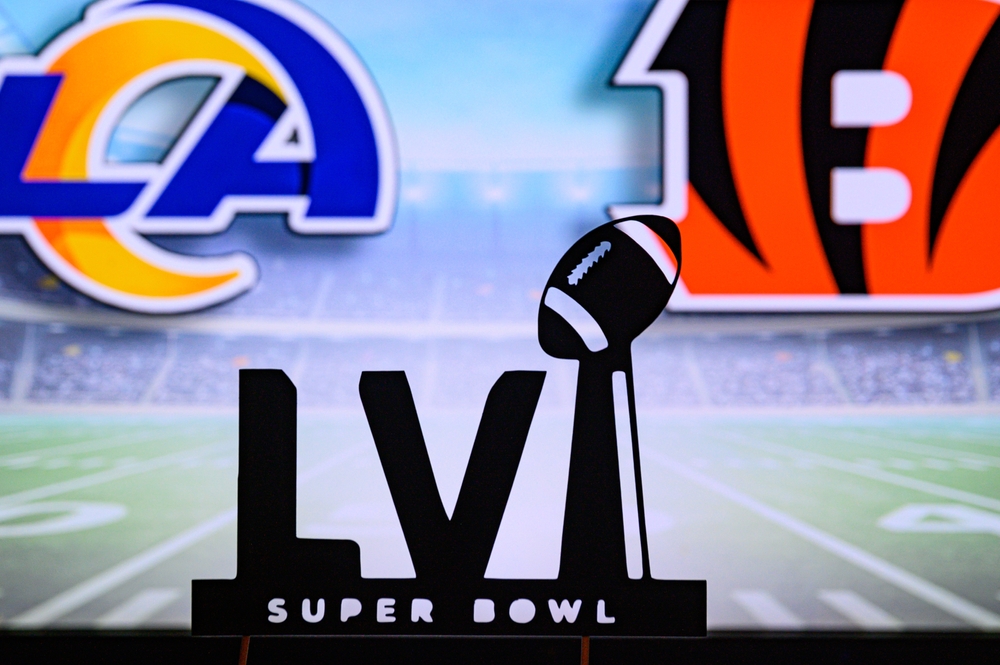 He recounted that he had an interesting experience when some pro-athletes walked in on him praying early one morning. They saw him with his tefillin on his arm and head. When he explained what they were, some asked if they could also put them on.

Lunzer, who says he takes his role as an ambassador for Judaism seriously, responded as to how Jewish men use them, saying “at the end of the day, it is about being good, doing good and giving the Jewish nation a good name.”

How does a nice Jewish boy, who attended MTA Yeshiva University High School for Boys create a career path that has taken him from a childhood in both Englewood, N.J., and New York to the NFL, NBA and many high-profile events?

Lunzer notes that he especially enjoyed growing up in New York, where “there was always action going on.”

He adds that “I was never a traditional student. I always went with my passions. There was no real path. I always did what I loved to do.”

Lunzer holds a bachelor’s degree in marketing and management from Touro College, as well as a master’s degree in events and entertainment marketing from New York University. “My first job was selling season tickets for the New York Knicks. I wanted to work at Madison Square Garden,” he says.

Eli at the ESPY Awards with members of the 2016 Denver Broncos Super Bowl team. Credit: Courtesy.

This led to a six-year stint at MSG, where he eventually headed up a sales and marketing initiative for the New York Rangers and New York Knicks. He then worked in a senior management position with a large food manufacturer where he was able to focus on consumer branding and marketing.

His love for MSG and for sports continues. He proposed to his now-wife, Yosefa, on the court at MSG during a New York Knicks game. Lunzer enjoys playing tennis, golf, basketball and surfing. He spends a great deal of time volunteering for a wide range of organizations, including Yachad, Save a Child’s Heart, Project Sunshine, Shaare Zedek Medical Center in Jerusalem and Chabad of the Upper East Side. His desire to help others may come in part from his close relationship with a younger brother with developmental disabilities.

Lunzer also serves informally as a veritable shadchan—a “matchmaker” for real. He says he has successfully brought at least 33 Jewish couples together.

All of these important activities, however, may need to wait a few weeks until the Super Bowl and the NBA All-Star Game (Feb. 20) are behind him.

And while the job may look glamourous, Lunzer is quick to point out that it’s a tough business: “There are a lot of no’s. People see the outcomes and that you get to meet the players, but a lot of work goes into it.”