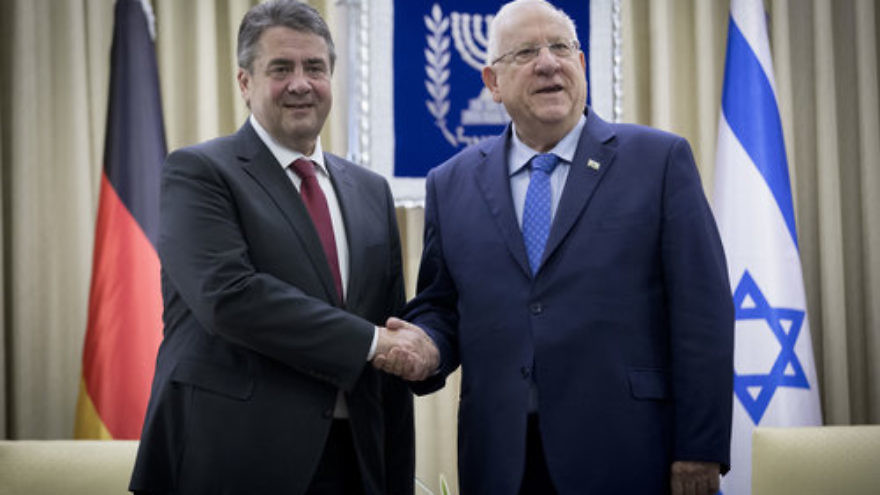 Amid all this Mideast chaos, what dominates German foreign policy discussions these days?  Somehow, it’s the human rights record of Israel, the region’s most important Transatlantic ally. In recent weeks, this discourse has triggered tension that is harming the vital bilateral relationship between Israel and Germany.

Prime Minister Benjamin Netanyahu cancelled a planned meeting with Gabriel due to a dispute over the latter’s insistence on meeting with NGOs that are harshly critical of Israel’s military, settlements and human rights policies. Gabriel redoubled his criticism of Israel several days later, asserting the importance of democratic leaders meeting with organizations that criticize their own governments.

Yet nowhere in the Middle East is such a practice easier than in Israel, the region’s lone liberal democracy. Numerous opposition parties from the left and the right voice harsh criticism of Israeli government policies, joined by prominent intellectuals. Hundreds of organizations speak out about Israeli government policies on social equality, Jewish-Arab relations, minority rights, settlements, the “occupation,” the environment and education. Countless others engage in community work and political outreach.

The narrow focus of Gabriel’s meetings was interpreted in Israel as a clear diplomatic slap. In contrast, a week later, German President Frank-Walter Steinmeier refrained from meeting with these organizations, but nonetheless felt the need to praise them during a speech on German-Israeli relations at Tel Aviv University.

What explains this seemingly obsessive barrage of criticism of Israel? After all, what really counts is the German-Israeli partnership on key strategic and intelligence issues, and Transatlantic cooperation with Israel to create stability in a politically tumultuous region.

Of course, there is nothing inherently unfair about pressing Israel to settle territorial disputes with its Palestinian neighbors, just as there is nothing fundamentally unwarranted about also calling on the Palestinians to account for their refusal to pursue peace. The latter, however, rarely happens, despite the Palestinian Authority’s (PA) officially approved veneration of jihadism, and a relentless anti-Semitic propaganda campaign that begins with PA President Mahmoud Abbas.

Rather, there is usually more lip service than a serious critique of Palestinian behavior.

The German mindset is predicated on the mistaken assumption that solving the Israeli-Palestinian conflict is the transformative solution that will bring peace and prosperity to the Middle East. But it should have been painfully clear by now that the real sources of conflict in the region are authoritarian regimes characterized by their lack of economic development, widespread corruption, catastrophic governance structures, religious and political extremism, sectarian and ethnic hatred, proliferation of non-state actors and hegemonic battles for regional control. Not one of these problems will be addressed successfully by criticizing Israeli government policies aimed at protecting the security and wellbeing of its citizens.

A reset of German and some other Western European assumptions about relations with Israel is urgently overdue. Meanwhile, more countries are moving closer to Israel in the international arena, as evidenced by the frequency of bilateral visits to Israel, growing recognition of Israel’s 21st-century contributions and changing voting patterns in some United Nations bodies.

Israel no longer stands alone as a prime target in an era of global terrorism. In response to the wider threat, more neighbors are reaching out to Israel for military, intelligence, energy and economic cooperation. World leaders are coming to understand that a global response to terrorism is unthinkable without greater partnership with Israel.

Surely, it is time to recognize Israel is part of the solution—not the obstacle—to creating a stable, prosperous Middle East. Germany can lead the way. This is vital to a strong European Union and a vibrant Transatlantic relationship.

Strengthening American-German-European-Israeli relations can bolster our Western values and enable those who are persecuted in the Arab world to cast off their yokes of oppression and secure the liberties they so rightly demand. Nothing should divide or divert our common belief in the indivisible nature of freedom, justice and human rights.