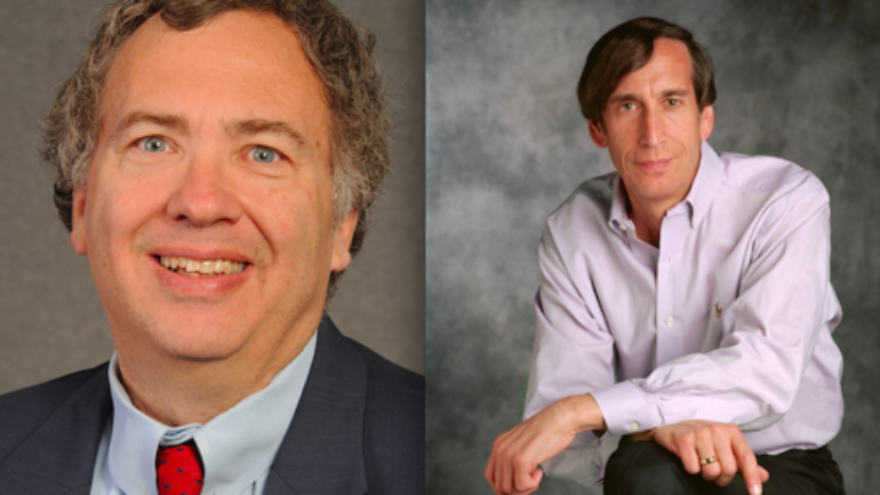 Someday, perhaps, a team of sociologists and psychologists will examine the curious question of why Jewish ex-State Department officials are obsessed with Israel. Until that day comes, though, the rest of us will be stuck having to listen to those officials’ relentless harassment of Israel and promotion of the Palestinian cause.

With the issue of moving the American embassy from Tel Aviv to Jerusalem on the front burner, The New York Times trotted out two former State Department hands, both Jewish, to pour cold water on the embassy relocation idea.

The officials, Aaron David Miller and David Makovsky, now enjoy well-heeled positions at the Woodrow Wilson International Center and the Washington Institute for Near East Policy, respectively. They are benefiting handsomely from the revolving door that shuttles State Department alumni to nearby think tanks, where they can spend their days explaining how they know what’s best for Israel.

In an endless stream of media interviews, op-eds and insufferable policy papers, Miller, Makovsky and the rest never stop reminding us that they know more about Middle East peace than do Israel’s democratically elected leaders or battle-tested generals.

The irony is that pretty much any taxi driver in Tel Aviv understands the Israeli-Palestinian situation far better than the self-crowned experts at Foggy Bottom, present or past. The only thing the State Department’s Mideast veterans are really experts at, is getting things wrong.

Just look at their track record:

They said Yasser Arafat could be trusted the first time around, when the U.S. recognized the Palestine Liberation Organization in 1988. They were wrong.

They said Arafat could be trusted the second time around, after the 1993 Oslo Accords. They were wrong.

They said if Israel stopped building settlements, there would be peace. They were wrong.

They said if Israel froze construction in existing settlements, there would be peace. They were wrong.

They said if Israel offered the Palestinians a state, there would be peace. Three Israeli prime ministers heeded that advice. Wrong again.

Now the Jewish Arabists come to warn about moving the embassy. The Trump administration must declare “both privately and publicly, that they’re not moving [the embassy] to presuppose the legal status of the Old City and east Jerusalem,” Makovsky declared.

By “presuppose,” Makovsky means that the U.S. should declare that it is not recognizing “the Old City and east Jerusalem” as belonging to Israel.

Well, why not? Why shouldn’t the U.S. recognize all of Jerusalem as belonging to Israel? Does Makovsky think that “the Old City and east Jerusalem” belong to somebody else?

Jerusalem has been the capital of the Jewish people for more than 3,000 years. It has never been anyone else’s capital. Both the Hebrew Bible and the Christian Bible define it as a Jewish city, nobody else’s. Judaism’s holiest site is in the Old City of Jerusalem. Islam’s holiest site is in Saudi Arabia. The Balfour Declaration and the League of Nations Mandate for Palestine, which establish the basis in international law for the rise of the State of Israel, clearly included Jerusalem—eastern and western, Old City and new city—as being part of the Jewish homeland.

I’m willing to give Makovsky the benefit of the doubt. I’ll assume that his perspective may have been compromised by all the time he has spent doing joint speaking appearances with longtime Palestinian Authority (PA) official Ghaith Al-Omari. Maybe if you spend a lot of time with a PA spokesman, you start believing the PA’s insane claims that Jerusalem has been a “Palestinian” city since the beginning of time, that the Jewish Temples in Jerusalem never existed, and that the Western Wall is really a Muslim religious site called the “al-Buraq wall.”

But there’s a simple cure for the PA’s fake history and conspiracy theories. All you need to do is pick up any mainstream history book about the Middle East to learn the basic facts about the history and legal status of Jerusalem.

What a shame that David Makovsky, Aaron Miller, Dennis Ross, Martin Indyk and the rest have traveled so many thousands of miles back and forth between the U.S. and the Middle East, when all they ever needed to do was to pay a visit to their local library.